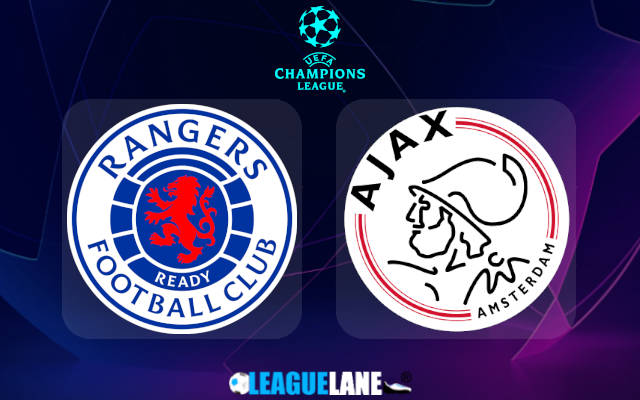 Rangers and Ajax will finish their Champions League campaigns on Tuesday evening when they take on each other at Ibrox Stadium.

Ajax will most likely continue their European journey in the knockout phase of the UEFA Europa League, while Rangers will need to shift the focus on the domestic competitions.

The Scottish outfit have been one of the most unpleasant surprises in this term of the UEFA Champions League.

However, the tough group did take a toll as Giovanni van Bronckhorst’s men lost all five outings, scoring no more than one goal in the process.

The Gers are clearly not good enough for this level of football at the moment. They have a terrible 1-19 goal difference after five matches.

They could, in theory, surpass Ajax with a win by five or more goals difference here but it is a highly unlikely (not to say impossible) scenario to happen.

Ajax, however, also disappointed with just three points from five matches. It will be very interesting to see whether their manager Alfred Schreuder will rest his main players for the huge Dutch derby against PSV next weekend.

Regardless of the starting XI, though, we can expect a goal fest here knowing that five of Ajax’s previous six matches in all competitions have produced at least five goals.

The bookies see Ajax as pretty big favorites on the road here and it is easy to understand why based on everything we have seen from Rangers so far in the campaign. However, we believe the value is with the hosts at the 3.80 odds because we don’t expect Ajax to feature with their strongest squad here (with the clash against PSV in mind).

Expecting Rangers to show at least a desire to win the last game in front of the home fans in this competitions, we will take the 5.50 odds offered for Home win & Overt 2.5 goals FT bet. Those who chase correct score picks can try with Rangers to win 3-1 at the whopping 29.00 odds.