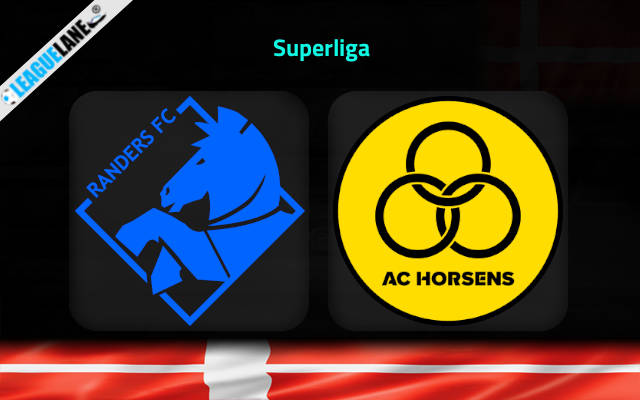 Randers had an average form throughout the past Superliga season. They were at the sixth spot after completing all the league fixtures last season. The frequent recording of a negative display affected their positioning and failed to seal a comfort zone for the difference of just two points.

Meanwhile, Horsens were having an impressive form throughout the past 1st Division season. As a result, they claimed the top spot at the end of the season advancing it to the top division of Denmark this year. They will be hoping to maintain a decent run this Superliga campaign.

We can see Randers recording impressive outcomes in their pre season friendly outcomes. Including those friendlies, they are following a streak of seven unbeaten games. They have recorded three draws from their three league fixtures so far this campaign.

Randers is currently having a good display at home. They are following a streak of five unbeaten games here. This includes a 2-2 draw against Odense they recorded this season.

On the other side, Horsens have opened up this season with a positive display against FC Copenhagen. They have maintained it further by sealing another win against Lyngby from the second fixture and then recording a goalless draw against Aalborg to remain unbeaten in each of the three.

Horsens were having a strong form on the road the past season. They played Viborg in a friendly outing post that season. The match ended up in a 5-4 defeat for them. Still they succeeds in delivering a competitive display.

Considering the above stats, we can expect a highly competitive match between these two outfits. We are in favor of Randers as they looks to have a better form at present when compared with Horsens.