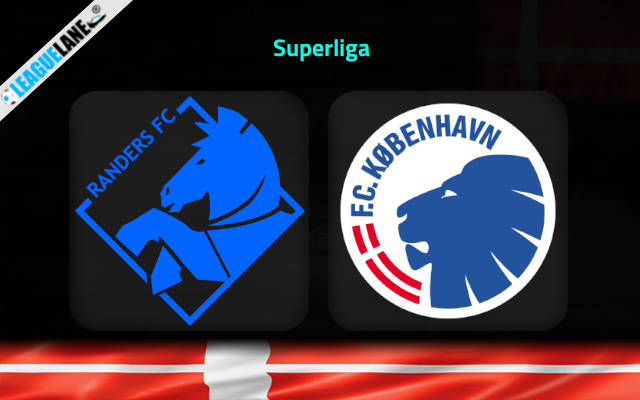 Randers have played well in their matches this season, to have secured a position in the Championship round. With eight matches already in the past, Randers have secured four wins, one draw and three losses. However, the results seem to be mixed recently. At the moment, the team is winless in the last two matches as well. Randers stands fifth in the Championship table with 43 pints from their matches. With two matches remaining, the team still has a chance to secure a promotion in this season.

Randers played their last match against AaB. Both teams scored two goals each, ending the match in a draw with 2-2 FT score.

FC Copenhagen has played well in their matches this season. Since the start of the Championship round, Copenhagen has secured four wins, draws and two losses. The team stands first on the Championship table four points ahead of the second team. With their current standing, they have a chance to play in the qualifiers for Champions League.

FC Copenhagen played their last match against Silkeborg. Copenhagen took the lead in the match in the 2’ minute and remained in the lead for the rest of the evening and Silkeborg could score only one goal. The match ended with 2-1 FT score.

Randers will have a hard time when they play against Copenhagen in the upcoming match. Copenhagen has lost only twice in the Championship matches while Randers have lost in four. Copenhagen is unbeaten in the last three matches as well.

Randers had lost in the first two matches of their home ground in Championship round and the remaining matches have ended in a draw and a win. Copenhagen has played four away matches. They have won in one, drawn in two and lost in one.

From the looks of it, the match will most likely end in a win for Copenhagen. We can also expect both teams to score in the match.