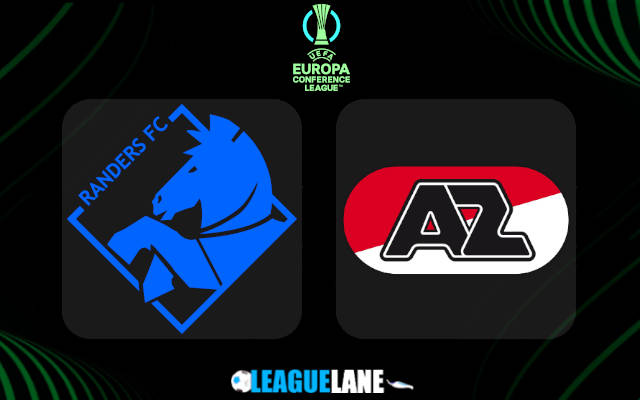 AZ will be looking to get off to a victorious start to the maiden UEFA Europa Conference League edition on Thursday evening when they travel to Denmark to face Randers at the Cepheus Park.

Randers have not been pulling up any trees of late and they’ll face hard times looking to bring a dismal spell of form to an end here against the Dutch opposition.

The team led by Thomas Thomasberg are winless in five subsequent games across competitions.

They will enter the Conference League opener off the back of three successive defeats, each of which has seen them ship two goals.

The latest failure came on Sunday afternoon when Randers did little to hurt the current Superligaen leaders Copenhagen in a 0-2 loss at the Cepheus Park.

This is definitely not the kind of form you want to have going face to face with one of the top Dutch teams.

The visitors will not come into this match in the highest spirits either but a much broader European experience and the gulf in quality makes them massive favorites here in our eyes.

AZ Alkmaar lost two of the opening three matches of the new Eredivise campaign. However, they showed strength in the 1-3 victory away at in-form Heerenveen in between the two losses to RKC Waalwijk and PSV.

Overall, AZ have been in a much better shape than their rivals lately. They won two of the last three matches in all competitions if we count the 2-1 victory in the second leg of the UEFA Europa League playoffs against Celtic.

The two outfits will meet each other for the first time ever this Thursday.

Randers have been pretty easy to break down lately and AZ did bang five goals in back-to-back victories over Celtic (2-1) and Heerenveen (3-1) before falling 0-3 at home to Celtic.

The visitors should have enough attacking firepower to bag at least two goals on Thursday and the away win is a bet well worth backing at the odds of 1.95.