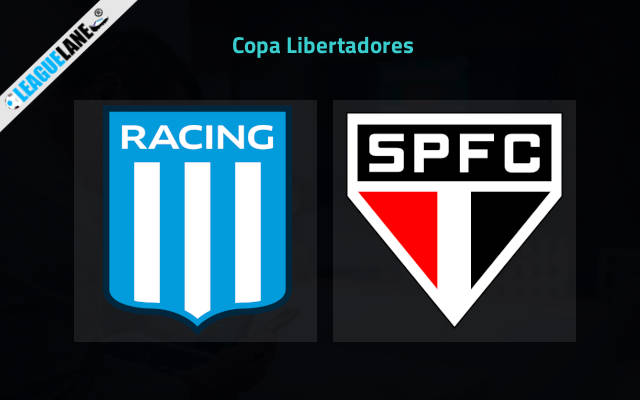 Estadio Juan Domingo Peron will pit together Racing Club from Argentina against the Brazilian contingents Sao Paulo in Copa Libertadores playoffs in 2021.

Despite an early lead from Vitor in the first leg, Sao Paulo ended up in a 1-1 draw at their home with the current host. Copetti E was the one to score the equalizer for the opponents at the final minute of the first half.

The Academy will come into the game on the back of a four-game winless run across all major competitions in the schedule. They will return home after a goalless draw on the road with Velez Sarsfield in Liga Professional.

In the meantime, the Faith Team will visit on the back of a two-game winless run in their form as of now across all major contents. They will visit after suffering a 0-1 loss at home to the likes of Fortaleza in the previous encounter in Brazil Serie A.

The host has one win and two draws in all three 2021 games.

Both the two goals in the reverse fixture came within the first half of the game. It has to be noted that both goal attempts and corner kicks reduced incredibly in the second half of the fixture.

This suggests there is likely no chance for a goal after the game restarts.

Last time, we gave the double chance to Racing Club and the match ended in a draw. We will stick with the same tip for the second leg as the Argentinian side enjoys the ground advantage in the encounter.

The host has been unbeaten in their last seven home matches across all contests.