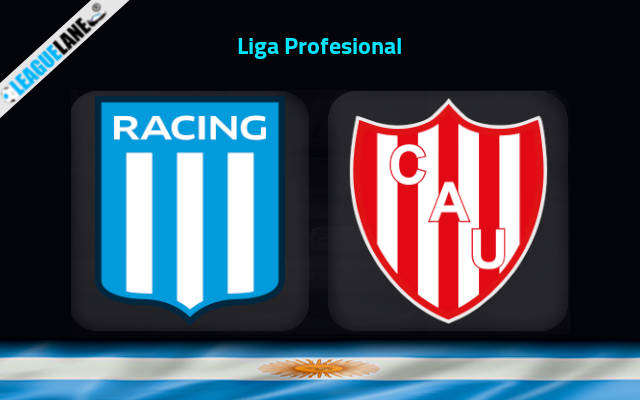 Racing club are one of the top-performing teams in the Argentine top flight and currently they are placed fourth in the table. They will be the favorites to secure a win this Sunday at their home against the rather struggling Union.

Racing won three of their past four league games, and they scored the second-most number of goals as well in the league. They also need a surplus of just four points to climb to the top of the table as of now.

And it needs to be mentioned that they lost just once all through the campaign at home. This sole defeat came against San Lorenzo.

Meanwhile, Union are on a two-game losing streak, and they won just once in their past five overall fixtures. They are also one of the few teams in the whole competition to have remained winless in the past five straight league games.

In addition, so far they were able to register just three wins away from home.

On top of that, they also have a rather inferior h2h record against this foe over the years.

Taking into account these observations, expect a win for Racing Club this Sunday at their home.

On the other hand, Union are on a two-match losing streak, and they failed to score in both these matches. They were also winless in seven of their past eight overall games, and in the process they went on another three-fixture losing streak.

Taking into account these observations, expect a win for Racing Club this Sunday in front of their home crowd.

Tips for Racing Club vs Union