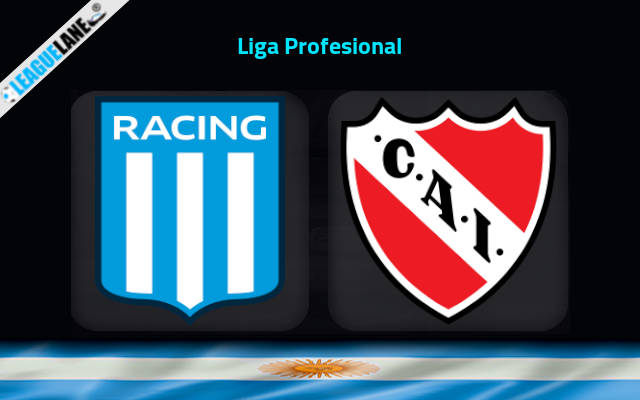 Matchday 7 of Liga Profesional is set for this weekend as Racing Club play host to Independiente where both these sides differ by 3 points but they are separated by 13 places. These two teams will be seen clashing at Estadio Juan Domingo Perón, this Sunday.

Racing Club is at the 6th spot on the standing with 10 points from 6 games. They won thrice while drew once and have lost on twice other occasions. The home side has put together a good run of form and has now gone 2 games without defeat. They have a decent offensive and defensive sides.

The hosts will play in this match following on from a 1-1 draw over Sarmiento. Over their last 6 fixtures, Fernando Gago’s men have managed to score a combined total of 11 times giving them an average number of goals scored per match of 1.83.

On the other side, Independiente resides at the 19th position on the table with 7 points. Of the 6 matches played, they won twice while drew once and have lost on thrice other occasions. Their struggles at the defensive end of the pitch has also been another key factor as they have conceded 10 goals so far.

Following on from a 1-3 losing effort in their last game against Platense in Superliga action, Independiente will hope for a better result here. That was their second loss in a row where they have conceded three goals consecutively. They have been leaky at the back, having been scored against in 5 of the last 6 matches.

Incredible stuff is seen from Racing Club at home, where they have won all 3 games by a combined scorecard of 9-0. Currently the best home team in Liga Profesional, they have netted in the last 4 games coming into this one.

Meanwhile, Independiente is yet to gain an away win here. They have also lost their last 2 visits to Estadio Juan Domingo Perón indicating their poor away record.

By the looks of things, expect a victory for Racing Club this Sunday.