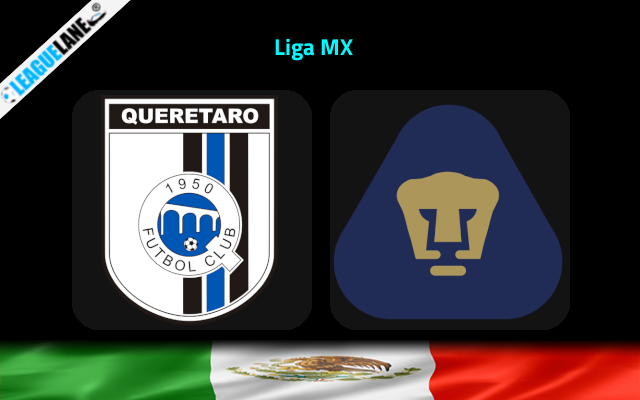 Querertaro follows a winless streak of four games including three defeats from the last Liga MX season. They opened the fresh season with a goalless stalemate against Monterrey on Sunday.

Pumas, meanwhile, destroyed Toluca in their first match for 5 unanswered goals. Ironically, they ended up their last Liga MX Apertura season Matchday with a win against Toluca.

They lost to Atlas in the title run after they both ended up with the same score in the Semi final Aggregate. However, they started this league with an impressive win and signs repeating the form from the previous Liga MX Apertura season.

In Clausura, Querertaro were better than Pumas. They were occupied at 12th in the table

Pumas follows two big wins and will enter this match with higher spirits. They won against Atlas on road and started this season with a big win.

Taking a look at their past 10 matches including the Liga MX Play-offs, Pumas have won 6, drew two and lost two. They stood in the first four of Liga MX Apertura table.

They have an impressive away record too. They are unbeaten for six games and won three straight games on road. They have also scored goals in all these six games.
On the other side, the hosts are having a mixed form at home. They lost their last home match to Santos Laguna for 2-3 score. They have only four wins in their last 10 home affairs. They lost four over the course of those matches too.

When taking all these into account, Pumas have the power within them to breach the defence of this querertaro outfit. Therefore, we are expecting a win for Pumas with holding them unanswered till the end of the game.