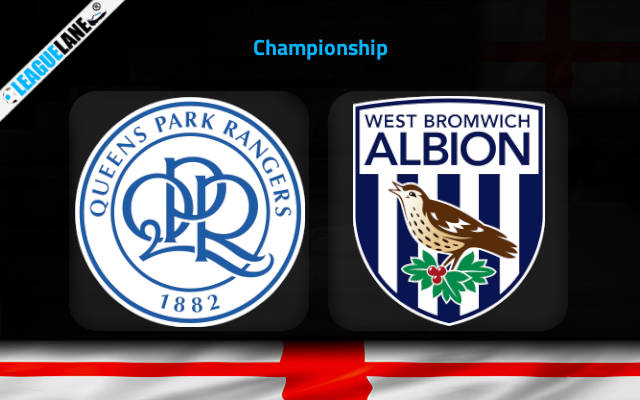 Both the teams are in the zone for Championship Play offs and stands one below the other on the table.

Queens Park Rangers have just won two back to back league fixtures while West Brom drew the latest league schedule.

The Baggies hopes to turn the tables as they visit Kiyan Prince Foundation Stadium since struggling in the last couple of games while hosts seeks to mark their hat-trick win.

West Brom is at the 4th spot on the standing with 42 points from 25 games. They won 11 times in the league while drawing on 9 and losing on 5 other occasions. They have scored 31 in total while conceding a sum of only 19 which shows their excellent defensive build up.

The Baggies drew the the latest league fixture against Cardiff by 1-1 after a surprising defeat against Derby County who are at the rock bottom in the league. They also got knocked out of the FA Cup round of 32 against the Premier League Brighton at the end of extra time.

On the other hand, QPR resides at the 5th position on the table with 41 points. Of the 24 matches played, they won on 12 games while drawing on 5 and losing on 7 other occasions. Their total goals to conceding ratio stands at 37:30 so far in the league.

The Hoops come into this on the back of a penalty shootout victory over League One Rotherham United in the FA Cup third round last weekend. Mark Warburton’s side will, probably have their attention drawn to the league whereby a playoff berth is theirs for the taking. They also won the past 2 league schedules against Bristol City and Birmingham.

Coming into this fixture, QPR are win-less against West Brom in their last 5 league games while the visitors are without an away win from home in their last 2 matches in the league.

We predict an away win this weekend as they have won more h2hs and has an average away performance while the hosts find it little bit hard to secure a victory at home.