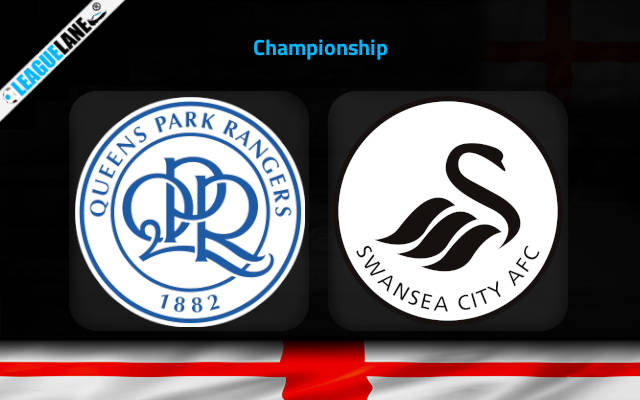 QPR vs Swansea Predictions and Free Tips from our expert tipsters when the teams go head-to-head in Championship on Saturday, 21 January 2023.

QPR are looking lost on the pitch in the recent few matches. Do note that they are winless in their last five outings. They currently sit in the twelfth position on the table. They will now prepare for an important game against their rivals Swansea at home.

On the other hand, Swansea celebrated their tenth win of the season as they defeated Sunderland by 3-1. They are yet to lose an away game since the beginning of this month.

The host are unbeaten in three of the last four head-to-head matches. Swansea won the September fixture by 1-0.

It is worth knowing that the visitors are unbeaten in the last two meetings against QPR at this ground.

Who will win the match between QPR and Swansea?

The previous head-to-head records show that QPR have won most of the matches in the last three years. However, it is a completely different scenario this time. It has been nearly three months since they picked up a league victory. Therefore, the chances are high that Swansea will win this game.

With just one exception, the last five head-to-head matches ended with less than two goals being scored. Both teams last met in September and the game ended in a 1-0 scoreline.

The first tip is that Swansea will win this game– at 2.70 odd. The main reason is that they have won two of the last five outings. Also, on this ground they are unbeaten since 2020. Not to mention that they won the last meeting by 1-0.

Our second tip is that Under 2.5 goals will be scored – the odd for this tip will be at 1.80. The last four meetings between these two teams ended with less than two goals being scored.

Also, you can back on Joel Piroe to score anytime – at 3.20 odd. He has scored four goals in his last four appearances. Against Sunderland, he scored the opening goal.