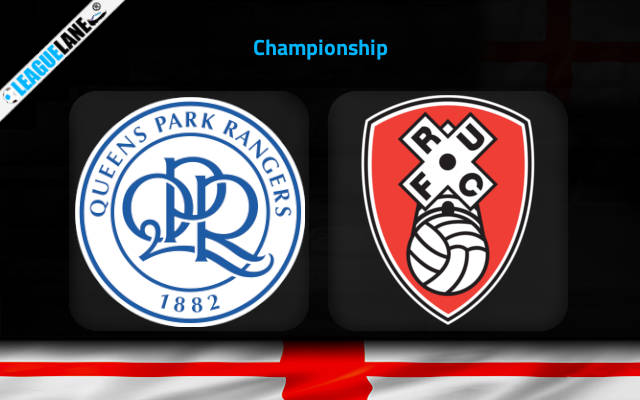 QPR is near the same area where they ended up the past Championship season after completing three outings in the fresh campaign. An inconsistent winless start recording all the three possible outcomes of a soccer match have placed them well outside the safe zone.

Rotherham will shine more if we compare they are compared with the above mentioned run of Rangers. They have started off with a draw and added a couple of other unbeaten recordings to follows a streak of three games at present in the league.

The expectation of QPR to end up the current slump by sealing a win wont be easy as they faces a strong enough Millers in their next Championship fixture.

On a positive note, Rangers plays host to Rotherham at their safe turf Loftus Road. Thus, we expect an interesting affair the coming Tuesday between the two.

Blackpool was the most recent match-day rivals QPR faced in this campaign. The match ended up in a 0-1 defeat. They were on the back of two-game unbeaten streak before recording the above defeat.

Meanwhile, Rotherham is one game short of QPR this season. They have succeeded in recording three unbeaten outcomes to occupy the 8th position on the table.

A three-game unbeaten start is really impressive for a fresher. But, we can’t blindly back them on the basis of that. The away stats also counts much here. They are winless in three of the past five on the road fixtures.

Both the outfits follow an equally convincing form. We expect a stalemate between the two.