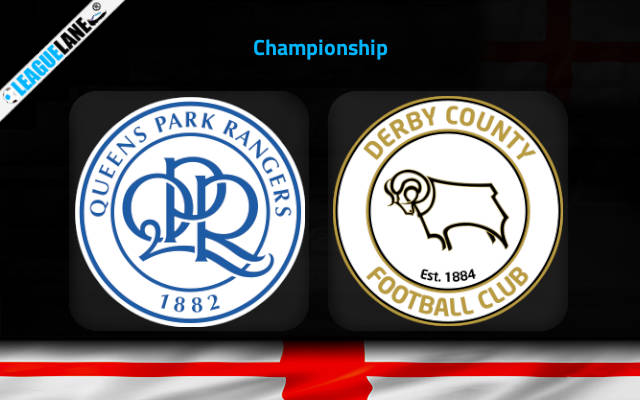 Derby might have no other option but to accept the reality that they are getting a boot to the lower division. With four fixtures remaining for them, they are placed 22nd in a table of 24, and need a surplus of 10 points to avoid relegation.

Suffice it to say that even a draw will practically put an end to all of their hopes this campaign. Be sure that they are coming out with guns blazing, since they have nothing else to lose.

They have no other go but to target 100% of the remaining 12 points on offer. And this coupled with their inconsistent defense could really spell trouble for them.

Meanwhile, QPR could be termed as the worst team in the competition at the moment, based on recent form. They are on a long winless run as of now, and most of these were losses. They are also conceding goals in huge numbers, and they have replicated this trend even in home games.

By the looks of things, expect goals to come in plenty, as the desperate Derby take on the struggling QPR.

QPR were held to a 2-2 draw the last match-day, by Huddersfield. They are on a six-game winless stretch, and five of these were losses.

Going on, they had conceded two or more goals in six of their past eight match-ups, and they are on a three-fixture losing streak at home as well.

On the other hand, Derby did win 2-1 at home the past game week, against Fulham. But they were unable to keep clean sheets in eight of their past ten fixtures, and it also deserves to be mentioned that they are on a nine-match losing streak.

Taking into account these observations, expect goals in plenty this Monday.

Tips for QPR vs Derby