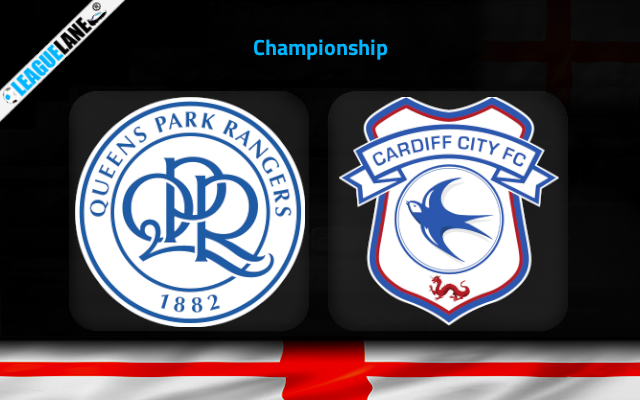 QPR had started off this season in a displeasing manner, recording back-to-back winless outcomes. It took 4 rounds of Championship fixtures for them to record their maiden win this season.

However, they are having an impressive form in the league since then. They had managed to post points consistently in the past 6, barring a single fixture.

This surge took them to the fourth place in the table. Rangers are just one point behind Burnley who is in possession with the top spot currently. Therefore, they will be determined not to lose points in the upcoming fixtures.

Cardiff was having a 2-game winning thread. But the run ended in a 0-1 home defeat to bottom-of-the-table Coventry in their last game.

On top of that they rather have an inferior head to head form against this opponent for the past several years. For all these reasons, anticipate a home win on Wednesday.

The Hoops have been almost undefeated at Loftus Road since the start of this season. They head into this fixture off the back of a 2-1 win against the 6th placed Reading.

Cardiff have been generally inconsistent in away matches recently. Also, they have allowed goals in almost every road trips this season.

Considering all these observations, expect a victory for the home side QPR on Wednesday.