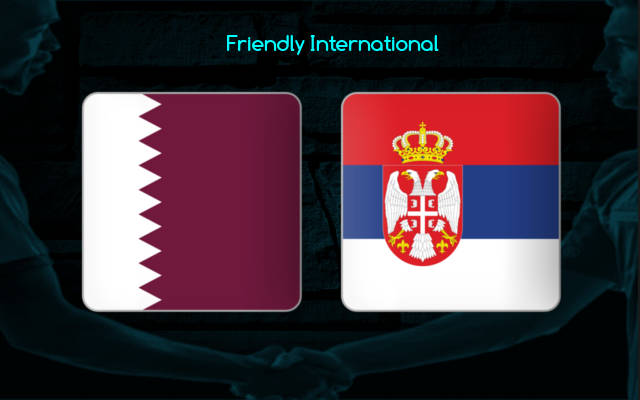 Qatar and Serbia take on each other in a game that is set to be quiet enthralling to watch as the hosts of the 2022 FIFA World Cup will be looking to lay a mark in their fixture against the Serbians.

The middle-eastern country has recently taken part in the CONCACAF tournament where they had an impressive tournament and headed into the Semi-finals, which they lost to the United States of America with a 1-0 score-line.

The USA were eventually crowned Champions of the CONCACAF tournament and Qatar will be looking to take immense pride in their performances displayed against their opponents.

During their run in the CONCACAF tournament, Qatar started off their campaign with a 3-3draw against Panama which was followed by a 4-0 win against Grenada and a 2-0 win against Honduras to round of their group stage fixtures from which they qualified to the knock-out rounds to face EL Salvador in the Quarter-Finals. They eventually defeated the latter with a 3-2 score line.

On the other hand, Serbia will be disappointed for not making it through the main draw of the Euros as they had to settle with playing friendlies along the way.

Their most recent friendly came against Japan which they lost to a 1-0 score line.

The Serbians will look forward to get in form and get going when their World-Cup qualifiers come into play as they take on Luxembourg and Ireland in the group stages.

This is the first time both these teams will play against each other.

The arab nation will be looking to stamp their authority in the world stage as they take on yet another European opponent before facing Portugal.

The Qatari side are aiming to gain good experience in these games against other teams beyond Asia and they will be coming into this game with an attacking approach will eventually get them a goal and we back Almoez Ali to score anytime during the game at 3.25 odds.

With the attacking intent of both teams, we see that both teams are going to score once at least in this game which should consequently see Serbia scoring as well as they have good attacking players on the pitch. As a result, both teams will score as the odds on this is 1.83

At the same time, we back that Qatar will clinch a victory in this game with the odds played at 2.80.