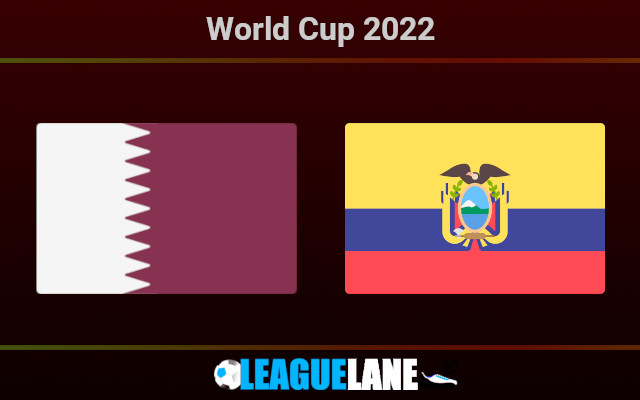 Qatar will be keen to make the home advantage count when they go head-to-head with Ecuador in the opening match of FIFA World Cup 2022.

Pressure on the hosts to deliver a result

This Qatar national football team is a result of years of work in bringing players from around the world through Aspire academy to build a unit capable of competing against the world’s best.

They got their first result in the 2019 Asian Cup when they went on to crush every opponent. The team managed by Spanish head-coach Felix Sanchez scored 19 goals in the tournament and conceded just once.

However, reality check presents itself when they went to the Copa America in the same year and finished bottom of the group earning 1 point from three games.

However, they failed to register any remarkable results and often ended up as second best while coming up against similarly ranked sides since.

Without a doubt, this will be a litmus test for the Qataris as they are grouped alongside teams that had the knack of making it out of the group phase.

Lack of goals a big worry for the La Tri

Ecuador surprised many by qualifying for the World Cup from the South American zone ahead of the likes of Chile, Colombia and Peru. It is even surprising that the average age of their squad is just under 26 years.

Remarkably, they held both Argentina and Brazil to draws in the final match days of the qualifiers and lost just once in the last 15 games across all competitions. However, they have a habit of drawing too many games, the number of stalemates during that period is 10.

Considering the fact that they bagged a majority of the points at their home turf, the Qatar 2022 is expected to be a tough outing for the tricolors. To make things worse, they are on a dry spell in front of goal and managed to score just one goal in the five friendlies since qualifiers.

This is far from an attractive fixture for neutrals, but expect some fireworks with both teams in dire need of three points to stand a chance to trump the Netherlands and Senegal for a place in the knockouts.

As mentioned in the analysis, this young Ecuador team is extremely difficult to beat and recent stalemates against the two tournament title favorites Argentina and Brazil makes the perfect case for this assessment. This is why we are going with a narrow win for El Tri in the World Cup opener and we can see them getting enough chances to end the goal drought against an untested Qatari defense.

We are backing Enner Valencia to score anytime here following an excellent first half of the season with Fenerbahce. The Ecuadorian netted 13 goals from 11 appearances in the Turkish Super Lig and scored all three goals for his national team in their last appearance at the World Cup in 2014.