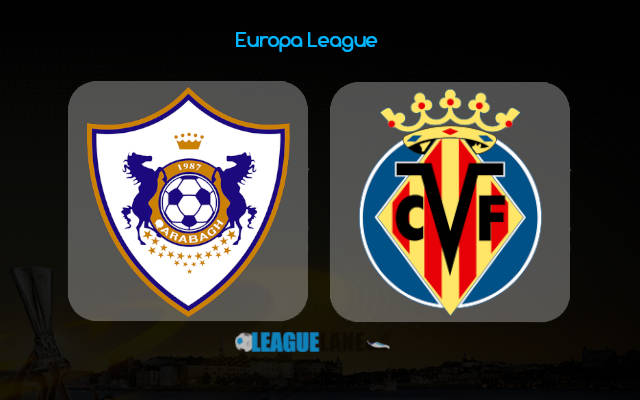 Because of non-football reasons, Qarabag are forced to welcome Villarreal in Istanbul as part of Europa League round two. Azerbaijan side is going to be under a lot of pressure to achieve good result here after getting defeated last week in Israel by Maccabi Tel Aviv.

Spanish side is in completely different situation after securing three points against Sivass last week in eight-goals thriller (won 5-3 FT).

All in all, we should see an interesting clash at Istanbul Basaksehir’s stadium. In terms of the odds, The Yellow Submarine is a favorite, currently priced at 1.70 rate.

There were no previous head to head matches between Qarabag and Villarreal.

Qarabag are nowhere close to the form which helped them to win the national league last year. They have won only nine points in the opening six domestic matches, sitting in 4th place. One victory in the last five matches is a good indicator of Qarabag’s current form.

Led by popular manager Gurban Gurbanov, this squad does have a lot of experience when it comes to European scene. They made it to this stage after beating Legia Warszawa on the road quite convincingly 3-0 FT. However, the premiere appearance in groups didn’t go well in Israel, losing to Maccabi Tel Aviv last Thursday.

Villarreal are having very strong numbers when it comes to efficiency at home stadium. The Yellow Submarine scored 12 goals in last four appearances at Madrigal. That is not the case when it comes to away days though, failing to bag one single goal in duels against Barcelona, Atletico Madrid and Cadiz.

This is one of main reason why we will suggest Under 2.5 FT tip for the primary choice here. As for the alternative, the true value is in the draw bet but it should be backed with a small stake.