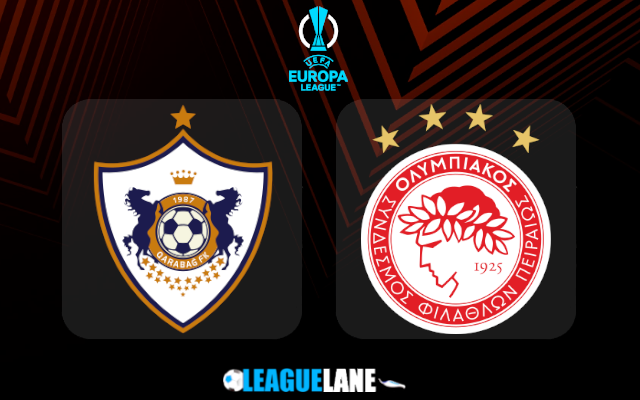 Qarabag will have highest of spirits to face Olympiakos in this Europa League fixture scheduled on Thursday.

The previous clash between these two had finished in a motivating clean sheet win for Qarabag. They scored 3 unanswered goals in that match.

Going on, Qarabag claimed the Azerbaijan Premier League title in a dominant fashion the last time. They had scored almost double the number of goals scored by the second best offense in the whole season.

And it seems that they picked up things from where they left off in the previous season. They have a 100% winning record in this season.

It is worth mentioning that no other team in the whole tournament had scored more goals than them. Do also note that they owns the best defense of this Premier League season.

Meanwhile, Olympiakos had an unbeaten start to this Super League season. They failed to maintain the same further and are currently owning an inconsistency in the league.

They are trailing behind the current toppers with a difference of 7 points on the table. Neither their defense nor the offense displays a strong potential when compared with that of Qarabag’s of late.

By the looks of things, expect another win for Qarabag to keep their battle with the current group toppers alive.

It’s been a long while since Qarabag tasted a defeat in front of their home crowd. Their previous drop was during the previous ECL season, against Marseille in a knockout fixture. They are on an unbeaten streak since then.

On the other hand, OIympiaKos display on road trips does look dull of late. An inferiority in form can be seen if we compare their recent away stats with Qarabag’s home recording.

Taking into account these observations, expect a victory for the home side Qarabag on Thursday at Azersun Arena.