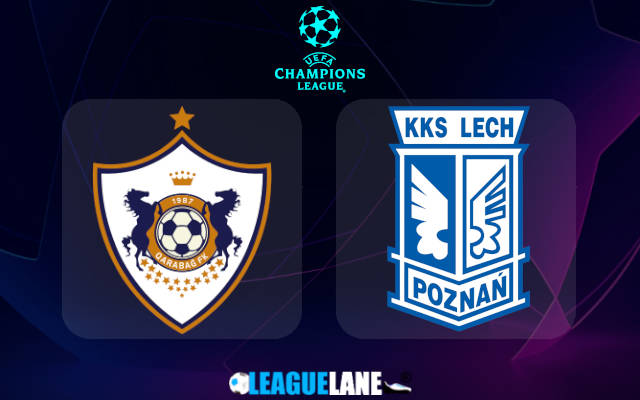 Qarabag play host to Lech Poznan in a match of their second-leg of Champions League Qualification. Having a narrow lead in the first-leg, the Polish side will have to maintain it while locking horns with this Azerbaijan side at Tofiq Bahramov Stadium this Tuesday.

The two teams met in the first-leg tie in Poznań on last Wednesday, where Mikael Ishak’s 41st minute winner for Lech Poznan proved to be the difference and thus ended in a narrow 1-0 win at home.

Polish clubs have had little success in the Champions League recently. But this Poznan side are in a strong position to progress to the Champions League’s second qualifying round after gaining a lead. But their mixed form in various games played in the previous weeks proves to be a cause of concern.

Lech Poznan lost by 0-2 against Rakow in the Poland Super Cup previously. The home side defenders has seen their conceding tally amounting to just 4 from their last 6 clashes in total. During the same time, they have managed to score 13.

On the other hand, Qarabag returned to first place in the Azerbaijan Premier League last term, having previously failed to claim the title for the first time in eight years. They also completed the double by winning the Azerbaijan Cup in May.

Their latest results shine a light on the fact that huge efforts have been put in by the Qarabag rearguard. They have been miserly, resulting in the total number of goals that have flown into the back of their net during their last 6 games stands three.

Lech Poznan are currently on a 8-game away undefeated streak. Holding a slim advantage from last week’s first leg, they still have some defensive issues to address.

Meanwhile, Qarabag are currently on a 10-game unbeaten run at home across various competitions. They won 8 of those while also maintaining 5 cleansheets on the run. They remain as the strong favorites at home and are expected to have a better outing than they did in the first leg.