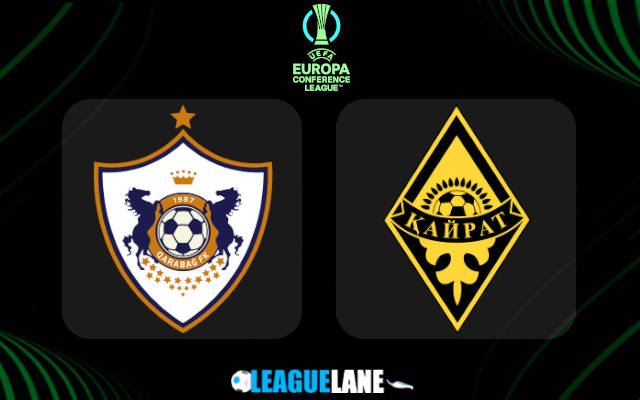 The hosts would look to seal their position at the top of the table against the visitors who are 3rd in the group.

The Horsemen’s previous Conference League match came away from home against Cyprus outfit Omonia Nicosia, the match ended 4-1 in favour of the visitors. In their inaugural match at the tournament, they fought to a stalemate at home against Basel.

They are undefeated in the Azerbaijan Premier League with 5 wins and a draw. In the Conference League, they are on top of their group with 4 points to their tally.

Kairat in their opening match of the tournament managed a goalless draw against Omonia Nicosia at home and suffered a 4-2 loss against Basel on the road.

They are sitting third in the Kazakhstan Premier League 9 points behind league leaders Astana. Their stalemate in matchday 1 has earned them a point which puts them third in the group on goal difference.

After not managing a point in their first 2 matches we do not see The Nation’s Team gaining any points against the group leaders.

We are backing Qarabag to win comfortably and replicate their performance against Omonia by scoring a few goals at home.

Tips for Qarabag vs Kairat