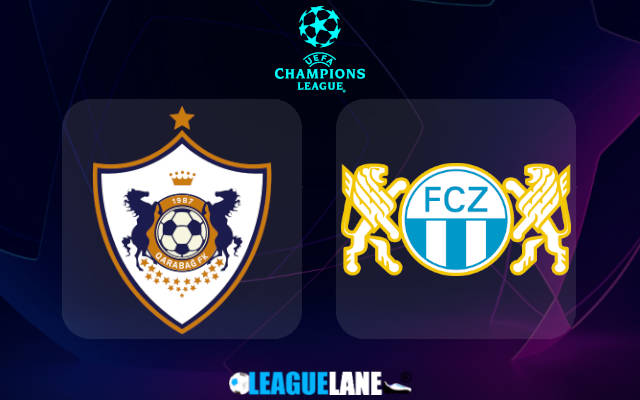 Azerbaijani champions Qarabag lock horns with Swiss title-holders Zurich in this crucial fixture, which will determine who will progress to the next round of the playoffs for a ticket to the Champions league.

Qarabag have been on a superb stretch of performances lately. They are finding the back of the net in plenty and have seldom let in more than one goal in their recent games.

Going on, they have also been delivering good results at home in the past several weeks and in their domestic league campaign the last season they were simply untouchable.

Meanwhile, Zurich might have won the Swiss title the previous season but it needs to be mentioned that they have not been putting forth their best performances lately.

They have been letting in goals in huge numbers and have also gone on worrying streaks of poor results.

They have also struggled quite a lot on the road and considering all these observations it is expected that hosts Qarabag will be the winner this Tuesday.

Qarabag were unbeaten in 20 of their past 21 overall fixtures and in the process they had gone on a nine-game winning streak as well as a 5-fixture winning stretch.

Moreover, they are also on a 5-game winning streak at home and they had scored 4 or more goals in 4 of these appearances.

On the other hand, Zurich are on a 2-game losing streak and they had let in a total of 7 goals in the process. Moreover, they had also lost 3 of their last 4 road trips and their last 5 games on the road had 3 or more goals.

Taking into account these observations, anticipate a victory for Qarabag this Tuesday.

Tips for Qarabag vs FC Zurich