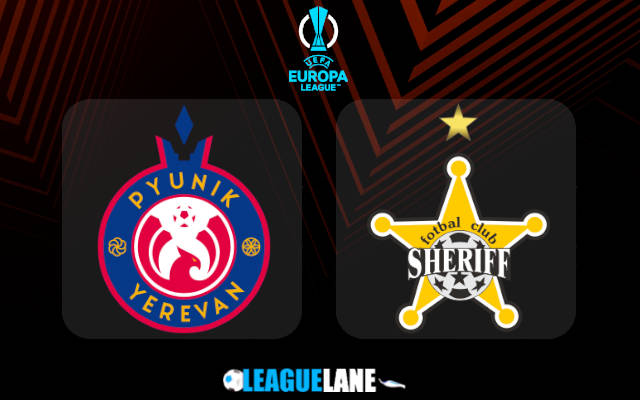 Sheriff was expected to convert their exposure to the Champions League fixtures before entering the qualification fixtures. But, they failed to stay there till the final and lost to Plzen in the past round to end up here.

The Wasps achieved all these feats with their exceptional run the past Divizia Nationala. They were excellent while playing on the road. The point is, they faces Pyunik the coming Thursday on the road.

Sheriff’s experience facing much competitive stages and their current away form might force bookies to consider them as a better option in ending up bagging a positive.

By the looks of things, we can expect an interesting battle at Republican Stadium when Pyunik plays host to Sheriff in a Europa League qualification fixture on Thursday.

The hosting side of this fixture is currently having an inconsistent form. They lost three of the past four fixtures across all competitions. Their defensive side were having a dreadful run in all those negative outcomes.

At home, Pyunik is having a much dreadful form than their current overall display. In the recent five home outings across different competitions, they are winless in four. Three of them were negative outcomes with their offensive side remaining silent.

The above mentioned stats will count much against an outfit like Sheriff who have a better display when compared. They have a decent form on the road as mentioned earlier, which is a positive stat for them here.

Sheriff are unbeaten in four of the past five on the road fixtures across all competitions. Their defensive side delivered decent displays in those too.

In that case, we are backing Sheriff to seal a clean sheet win against this Pyunik outfit.