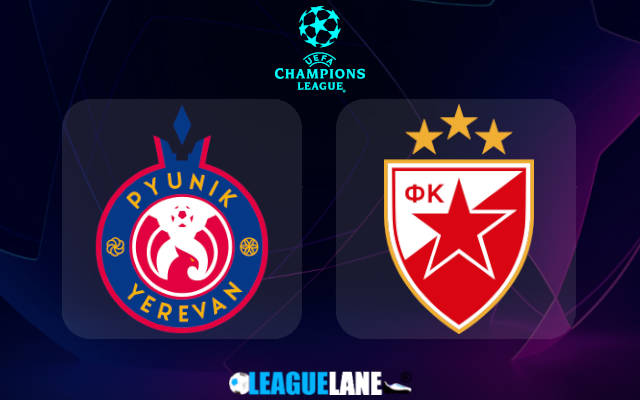 Red Star Belgrade won the first leg in such a dominant manner that a second leg might not even be required in order to determine the winner of this tie. Pyunik will have a mountain to climb in front of their home crowd this Tuesday if they want to keep themselves alive in the competition.

They lost the first leg 5-0 on the road, and were totally outclassed by their opponents.

Now they will have to find a way to score 5 goals in 90 minutes this Tuesday, if they hope to take the fixture into extra time. And the most important part is that they will have to keep a clean sheet along with these five goals.

It goes without saying they have dug themselves into a huge pit. Red Star will be eager to get into the pitch. They realise that their opponents will be concentrating majorly on offense and will be under huge pressure as well.

They will try and utilize this opportunity to deliver another huge win, which will improve their chances in the next round.

Pyunik were winless in 6 of their past 7 overall fixtures, and they had also lost three of their preceding four matches. Do also note that they have won just once at home since the second week of May.

On the other hand, Red Star are on a five-fixture winning streak, and they had scored a total of 22 goals in the process. Moreover, they had also won eight of their past ten road trips.

All along they had found the back of the net in plenty as well.

Taking into account these observations, expect a win for Belgrade this Tuesday away from home.