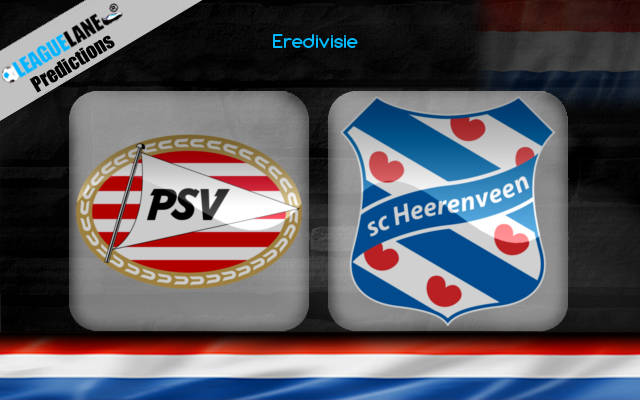 PSV no longer seems the invincible squad that used to run riots. They seem fallible now, and Heerenveen, who have been unbeaten in their past seven league fixtures, will surely try to pile on the misery.

PSV’s struggles continued the last match-day, as they lost in front of the home crowd, to Alkmaar, to a 0-4 drubbing. On the other hand, Heerenveen scripted a comeback victory against Sparta Rotterdam with two late goals, after trailing for the majority of the fixture.

As of now, Eindhoven seems to have given up on the superiority of Ajax, after missing out on the title by a whisker the past season. They are winless in their previous six fixtures and had lost four of these as well. In addition, they conceded twice or more in five of these six match-ups.

Meanwhile, their counterparts are unbeaten in their last nine games and had won six of these. On the road, they are on a run of four straight unbeaten games and won three of those.

Taking form into account, count on guests, Heerenveen to at least avoid losing this fixture.

However, bringing under the microscope the talent PSV possesses, their determination to get back on track, their home advantage, and the dominance they are shown in prior h2h history, a clean sheet is ruled out for Heerenveen.