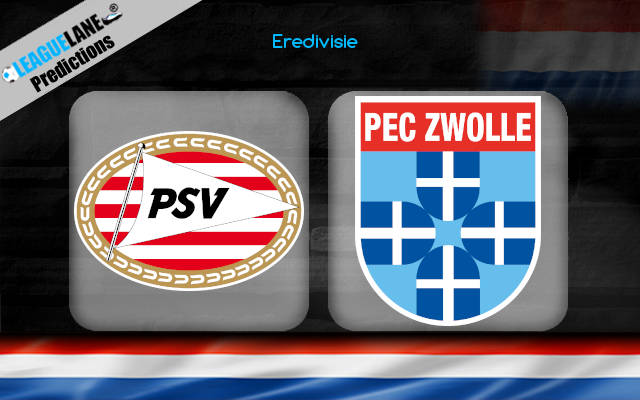 PSV can ill afford a slip-up in the last two games of the season if they want to play the UEFA Champions League football next season.

The first of two obstacles comes in the likes of PEC Zwolle who come to visit Phillips Stadion on Thursday afternoon.

PSV are just one point above AZ Alkmaar in the battle for the runners-up spot and a place in the elite continental competition next season.

They bounced back from a surprising 2-2 home draw to Heerenveen by beating relegation-threatened Willem II 0-2 on the road last weekend.

Donyell Malen cleared the path to an important win as he took his league tally to 18 by opening the score in Tilburg.

Malen will be the main figure in the final third this time around as well. You can back him to score anytime past the non-motivated Zwolle side practically as a banker bet at the 1.53 odds.

Unlike the hosts who are desperate for spoils here, PEC Zwolle have nothing to play for in the remaining two rounds.

Zwolle’s lack of proper motivation was notable in the last couple of rounds as the team led by Bert Konterman did little to hurt Vitesse and ADO Den Haag. They lost both matches scoring no more than one goal along the way.

This should as one-sided game as it can get. Everything, from motivation, across head to head record, to form, speaks in PSV’s favor.

We expect a commanding victory in a dominant performance from the hosts. The main pick will be PSV to win by three or more goals difference at the odds of 2.25, while you can also back the hosts to take at least a two-goal lead to half time at the whopping 3.00 odds.