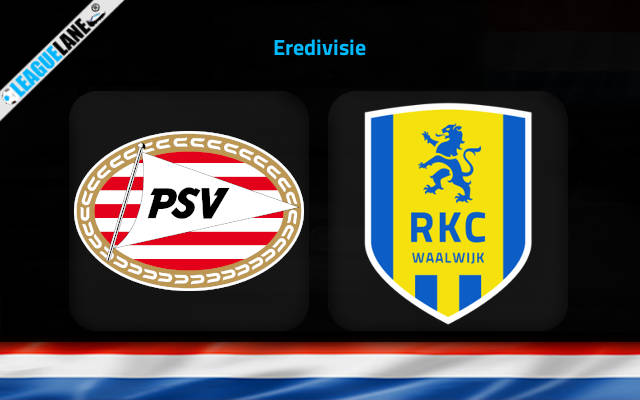 PSV Eindhoven and RKC Waalwijk will battle each other in an interesting Eredivisie fixture on Sunday at Philips Stadion.

Eindhoven have been one of the top performing teams in the Dutch top flight for the past several years. And it seems that they have started this new campaign on a good note as well.

They were on a 4-game winning run before conceding a 2-1 defeat against Twente in the previous match. The team still looks solid and consistent despite of points drop in the last round.

On the other hand, Waalwijk took 5 rounds to post their maiden win this season. Do also note that they leaked 2 goals in previous two rounds.

By the looks of things, it is very easy to understand why the bookmakers see the hosts as pretty big favorites for the win, pricing them at just 1.12 to claim the spoils here.

This match is a great chance for the hosts to gain back their extraordinary spell of form at the beginning of the season.

We can see the value of backing PSV Eindhoven to win and Over 3.5 goals at the 1.95 odds. We can also expect a goal or more from Gakpo who scored 7 goals in the last 5 league games.