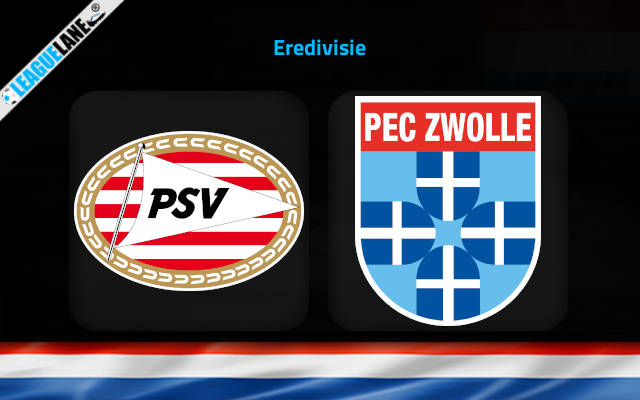 The hosts will be motivated to clinch the spoils here and jump above Ajax at the top of the standings at least for a day after the reigning champions slipped up at home against Utrecht in the previous round.

Zwolle took just one point in eight rounds and they have nothing to hope for here at Philips Stadion. We could easily be in for a goal fest here, at least judging by the head to head tradition and PSV’s recent displays.

The light at the end of a tunnel is nowhere to be seen for PEC Zwolle who are not pulling up any trees this season under Art Langeler.

Art took charge of the team this summer and he got off to a nightmare start to the season. We are surprised to still see him on the bench given that PEC Zwolle claimed no more than one point in the opening eight outings.

To make matters even worse, they are set to travel to Eindhoven for the clash against PSV in the 9th round of the competition.

The latest of Zwolle’s failures came two weeks ago when they lost the home fixture to Heerenveen (0-1).

It was another scoreless game for Zwolle who boast by far the weakest attacking record in the division with just two goals scored in seven fixtures.

This will be the music to the ears of Roger Schmidt’s PSV Eindhoven who have been struggling to keep things quiet defensively of late.

PSV did win three of the last four games in all competitions, but they haven’t kept a clean sheet in any of the last six matches in Eredivisie and Europa League.