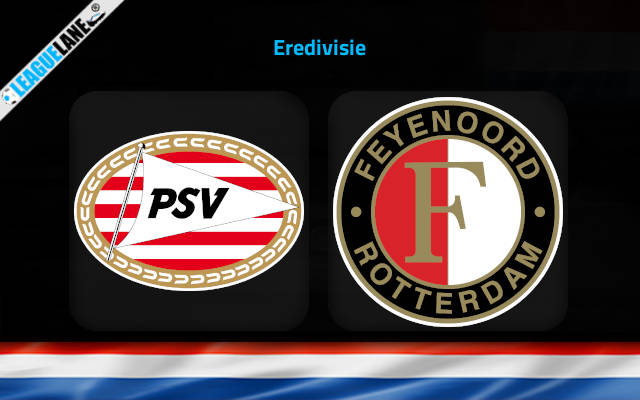 PSV Eindhoven and Feyenoord will battle each other in an interesting Eredivisie fixture on Sunday at Philips Stadion.

Eindhoven has been one of the top performing teams in the Dutch top flight for the past several years. And it seems that they started this new campaign on a good note as well.

Meanwhile, After winning the opening day’s fixture to Vitesse, Feyenoord made it five consecutive outings without a defeat at the start of the 2022/23 Dutch Eredivisie campaign.

Five wins and a draw in the previous five games helped them to climb to the sky-high second position in the league standings. The latest success came last Sunday when Feyenoord saw off Sparta Rotterdam 3-0 at home

Their defense have only conceded two goals in the 6 league outings. It also deserves to be mentioned that only two teams have scored more than them in the competition.

By the looks of things, we expect a high-scoring, both teams involving affair on Sunday between these two in-form Eredivisie outfits.

Feyenoord is currently on a 3-fixture winning streak on the road. They had scored a total of 10 goals in the process.

On the other hand, PSV is on a 3-fixture unbeaten streak at home and had slotted in a total of 12 goals in the process.

Taking into account these observations, expect a high-scoring match-up at Philips Stadion on Sunday.