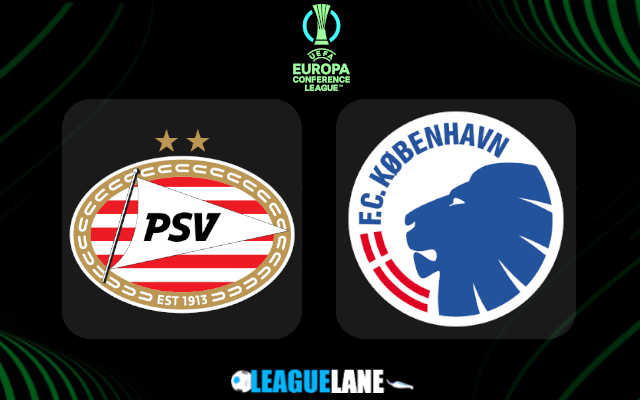 PSV Eindhoven come into this fixture after a hard fought 2-tiered victory over the Israeli opposition Maccabi Tel Aviv. After a first-leg away draw, the Eredivisie counterpart secured an early lead at home which ultimately ended on a 2-1 aggregate win for the Dutch side and punched their ticket to the Round of 8. FC Copenhagen didn’t had a first round, and are directly drawn into this fixture. They both cross swords in the first-leg at Philips Stadion this Thursday where the Danish side will be visiting for the second round of UECL.

The home side are currently second in Eredivisie, just behind Ajax lacking only by 2 points. Having the second best scoring figures on the league, they won 19 out of the 25 games played with 1 draw earning them 58 points in the league so far.

PSV have won the last 4 games in a row in the league with an 8 game unbeaten run across all venues. They won recently in the domestic league by 3-1 against Heracles which came after the KNVB Beker semi-finals win over Go Ahead Eagles.

FC Copenhagen are leading the Denmark Superliga with 42 points after playing 20 games so far. They are the first ones to get qualified for the Championship Group as they lost only twice this season.

The visitors are also on a 4 game winning streak in the Danish Superliga. Their previous league meeting against Randers saw a 3-0 win which gave them a significant boost for this upcoming schedule. Also, the side are currently second in the Atalantic Cup action.

They last crossed paths was in 2009 at the UEL where the Dutch side won by 2-1 on aggregate. Both sides have changed since then, and the two sides are one of the strongest in their respective league system.

We feel that a win for the home side is probable as PSV won on 76% of the games played at Philips Stadion this season with two back to back home wins recently. Even though Copenhagen are remarkable at away fixtures, they would mostly look for a draw and take the second-leg back at home.