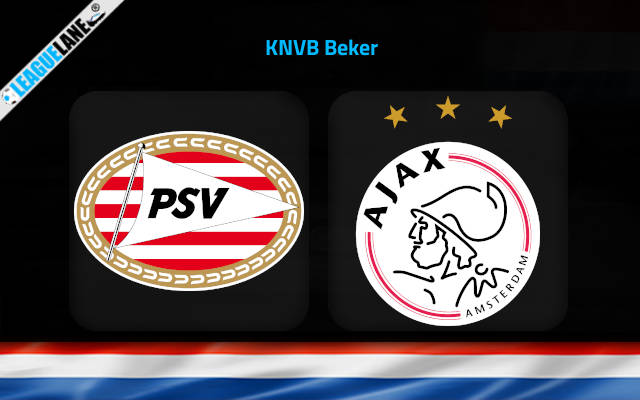 These two have been the best teams in Netherlands for the past several decades, and the two are still at the top of the league table this season. It’s only fitting that they are locking horns with each other in the final of the KNVB Beker.

Both squads have been scoring in plenty all through their respective Eredivisie campaigns, and will be raring to go against each other – considering the enormous rivalry the two share.

Expect a fierce encounter this Sunday, and goals in plenty too.

PSV are on a 15-fixture unbeaten streak, and they had remained invincible in 28 of their past 21 matches. They have built quite a momentum from these performances, and they are determined to deliver a flawless performance this weekend, against their arch-rivals.

As such, count on them to find the back of the net at least once.

On the other hand, Ajax have been simply untouchable for other squads. They had won six of their past seven games, and it needs to be noted that they have a lead of four points at the top-most spot in the league.

They are also the defending champions of the Eredivisie, as well as the KNVB Beker. On top of that, they have a superb h2h record as well.

Taking into account these observations, expect Ajax to secure a high-scoring win this Sunday.

Tips for PSV Eindhoven vs Ajax