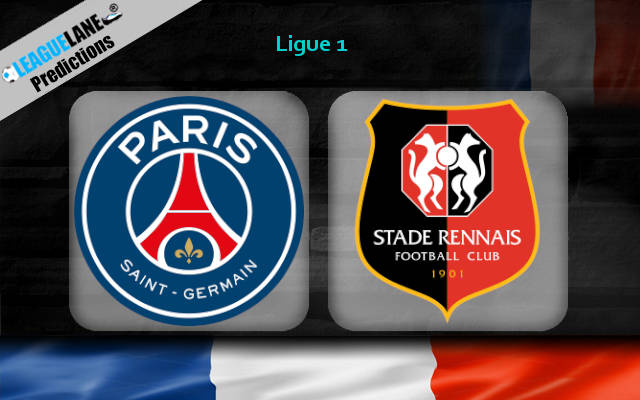 PSG are back where they like it right on top! They have 21 points now and after a slow start they are looking like champions again. PSG have won their last 5 games and are looking very solid.

In midweek though they lost 2-1 away to RB Leipzig in the Champions League group stage. This was a little revenge for the Bundesliga club who were knocked out of last seasons competition by PSG.

Last weekend PSG went to Nantes and eased to a 3-0 victory showing all of their qualities and like the last seasons they look like being very hard to beat to to the title. They currently lead Ligue 1 by two points over Lille.

In Paris Thomas Tuchel’s side have scored 10 goals in their last two games and have conceded just 2 goals here so far this season.

Rennes are in 3rd place and have 18 points and would join PSG on the same number with a surprise win. Last weekend the club beat Brest at home winning that one 2-1 and they have lost just once in their last five games, although some of their results have been dogged by draws.

The visitors have played some good football and are keeping in the mix. Away from home they are currently unbeaten and have earned 8 points from a possible 12.

PSG vs Rennes: Head to Head

PSG won this fixture 4-1 the last time the clubs met in Paris.

Rennes did shock PSG by beating them in Paris in 2018.

In the last 3 meetings both teams have scored.

A good choice to make is both teams to score. PSG are on a different level to Rennes especially being at home but Rennes have showed a lot of qualities and attacking play and they will certainly have their chances, and they have had some success against PSG in recent years.

For the win the home are out to 1.30 (1/3) and that doesn’t offer much value to us. What does slightly is backing PSG to get off to a positive start and be winning by half time and we will back this. Also Kylian Mbappe has been quietly scoring goals and he will be worth a stake to add to his tally. Remember to check the team news as Mbappe has been injured but is being tipped to be back for this match.

This will be a tough night for Rennes and the motivation for the champions will be pulling six points clear of a potential top 3 rival.