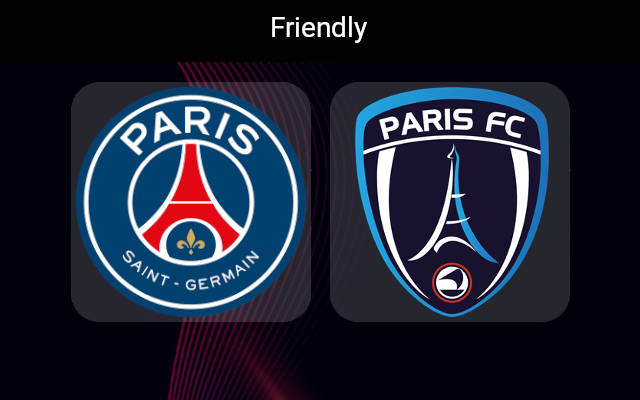 PSG will take on local rivals Paris FC in the first friendly of their preparations period ahead of the continuation of Ligue 1.

The match is scheduled for Friday morning at Ooredoo Training Center in Saint-Germain-en-Laye.

The gulf in quality between the two sides is enormous and PSG obviously go into this as big favorites.

Christophe Galtier is enjoying a great campaign in his first year in Paris. PSG are cruising to the new Ligue 1 title as they claimed 41 out of 45 possible points after the inaugural 15 matches.

PSG are one of just two teams in the top five European leagues without a domestic defeat this term. They have bagged at least two goals in each of the last six games in all competitions.

Moving forward, Galtier’s men also own the best defensive record in Ligue 1 after shipping no more than 9 goals in 15 outings so far.

The story is completely opposite for Paris FC. They just missed the promotional playoffs by triny margins last season.

This one is not going so great for Thierry Laurey and his troops. Paris FC are currently eight points behind the second-placed Bordeaux.

They will need to cut this deficit as soon as possible if they want to make it to the elite class next year since there will not be promotional playoffs at the end of this campaign in Ligue 2.

Paris FC should instead worry about relegation since they are only five points above the red zone at the moment.

Paris FC have big problems with the lack of attacking creativity this year. They have only notched 14 goals in 15 matches in the second tier of French football.

PSG will miss most of their stars, including Neymar, Mbappe, and Messi, but we still expect them to ease their way to the win against the lower-division opposition here. You can back PSG to win to nil at the 1.80 odds.