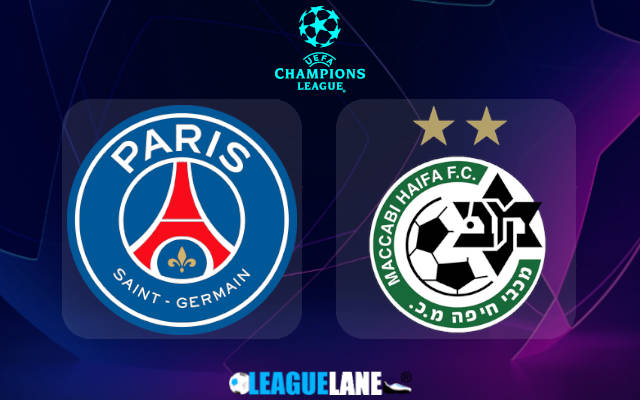 The Parisians are at the top of the table, but not at all in the way they were hoping for. They are level on points with the second-placed team, and it’s in their best interest to surge ahead. As such, they will be eager to take full advantage of this home game, against the worst team in the group – Maccabi Haifa.

Haifa are placed bottom-most in the table, and have a 100% losing record barring a single match-up. It goes without saying that they let in the most number of goals of all the teams in the group, and scored the least as well.

They also have a 100% losing record on the road, and so far managed to find the back of the net once in such matches.

Moreover, they let in two or more goals in every one of their road fixtures, and now they are facing possibly the best attacking line-up in Europe.

The Parisians are determined and obsessed with the Champions League. They want to make this season work, and the Ligue 1 title just would not do it.

It is important to them that they make it to the Round of 16 as group champions. As such, they will be prepared to unleash their full force upon the whipping boys of Group H.

Expect a convincing win for PSG this Tuesday.

The Parisians are on such a long unbeaten run, that the last they experienced defeat was in March. All along they scored goals in huge numbers, and particularly at home they have been a menace to deal with.

On top of that it seems that their frontline is in absolute harmony now, and are feeding each other assists.

On the other hand, Maccabi are the worst team in the group by far. Even though they defeated Juventus the last match-day, it is considered more as Juve’s fault, rather than the brilliance of Haifa.

In addition, the team also lost against the Parisians in the reverse fixture. Couple to that their recent form on the road, and we have an overwhelming favorite to post the three points this Tuesday – PSG.

Tips for PSG vs Maccabi Haifa