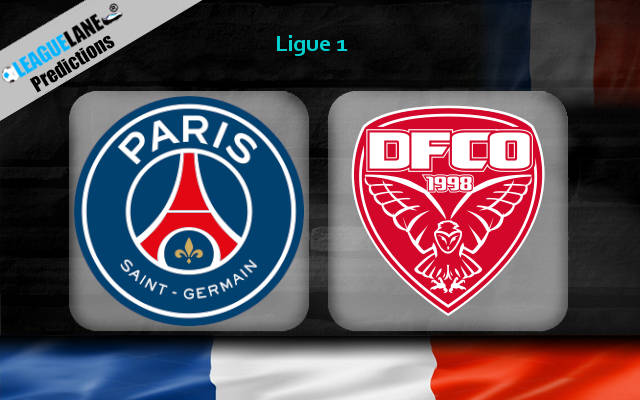 PSG are back in business in Ligue 1 and after a slow start they have found their usual stride and form.

The champions will be the big odds on favourites to win this game against the club at the bottom of the table and this match may come down more to not who is going to win but how many goals will be scored?

PSG have won their last 5 games in a row and are now in 2nd place and just 2 points behind current leaders Lille. But it hasn’t all been great for the champions. In the Champions League PSG were beaten at home against Manchester United in the first game of the group stages. This was seen as a bad loss given that United haven’t started very well in the Premier League. But PSG have the perfect opponent to bounce back to winning ways.

Dijon have yet to win this season and that doesn’t look like changing at the weekend. From seven games played they have lost 5 and drawn two. Those two draws did happen in their last 3 games so maybe there has been some improvement at the club. Their last game ended in a 1-1 draw with Rennes and they have also drawn with Montpellier. These are two clubs who have started the season solid and were expected to beat Dijon.

PSG vs Dijon Head to Head

PSG have scored 10 goals past Dijon in the last two meetings.

From the last 12 meetings PSG have won 11 and Dijon just once.

There are lots of goals in these games and it is incredible to think that there has been over 2.5 goals in the last 11 meetings in a row. The goal market is what we have to concentrate on because the win market is too low for us. PSG are huge odds on and can’t really be backed.

Even to win by half time PSG are around 1.25 so we will concentrate on the goals market. The value is only good once we choose for there to be 5 goals or more and even that is only 2.00 (1/1) so we will back a higher amount of goals but for smaller stakes.

We will also avoid the usual goal scorers for PSG who will also be odds on and concentrate on midfielders and defenders because everyone will have a chance to get on the score sheet in what should be a very one sided game.