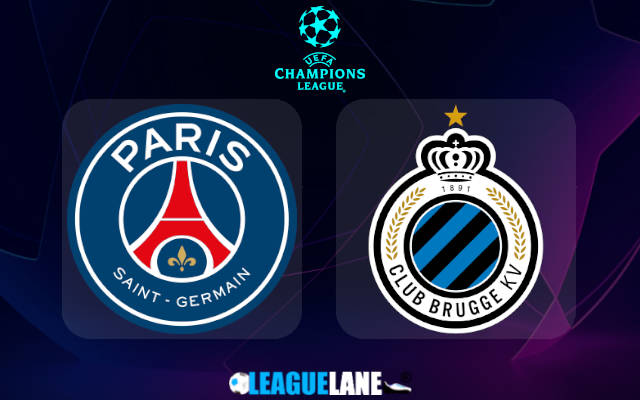 Paris Saint-Germain will welcome Club Brugge to Parc des Princes on the final matchday of the group stages of the Champions League. Read our Preview, Predictions, and Betting Tips with Analysis here.

PSG would look to end the group stage on a high, leading into the knockout rounds of the Champions League. Having already qualified for the round of 16, they will finish second in the group irrespective of their result in this fixture.

Club Brugge meanwhile needs to take more points than Leipzig on the final matchday. In order to seal a spot in the Europa League.

The Parisians missed out on their 4th consecutive French League title by a point to Lille last season. Following that crazy end to the season, they have absolutely laid waste to Ligue 1 opponents this time around. Having lost just a fixture this season they are top of the league, 11 points clear of their nearest opponents.

Their Champions League started off with a 1-1 draw against this foe in Belgium. They followed it up with wins against City and Leipzig at home. Leipzig however got a point at home against this side. After a rather disappointing loss against City at the Etihad they are second in the group with 8 points, four points behind the Citizens.

FC Bruges won their second consecutive and their 17th overall Belgian First Division A title last season. This time around 17 games into the season they trail the league leaders by 4 points and occupy the 2nd position in the table.

Following their draw at home against this foe they came from behind to win 1-2 against Leipzig on the road to take all 3 points. 3 consecutive embarrassing losses in the UCL has put them bottom of the group level on points with the Red Bulls.

Despite dropping points at Bruges, PSG have been unforgiving at home. They are undefeated at this venue since April. April and should seal the 3 points from this fixture.

A 20 year old Mbappe scored his first of 2 hat tricks in the Champions League against this side in 2019. The Frenchman has already scored 25 goals for club and country this season. He has provided 15 assists on top of that. While scoring another hat trick might be a stretch he just might get himself a brace.