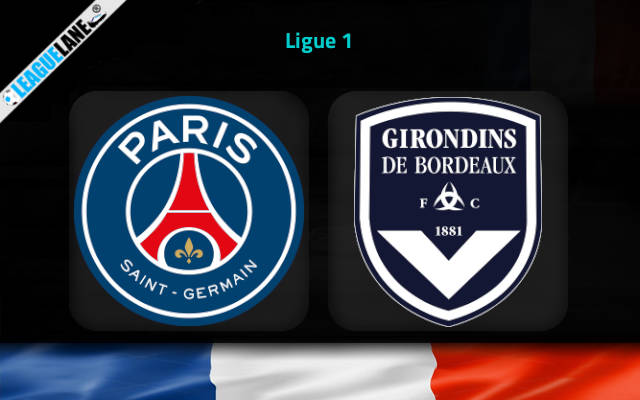 Game week 28 of Ligue 1 brings us the match between Paris Saint Germain and Bordeaux on Sunday in Paris.

PSG played their last match against Real Madrid in Champions League. Even though PSG scored the first goal of the match, they couldn’t stop Real Madrid for long. The opposition scored three goals in the match and secured the win in the match with 3-1 FT score.

Bordeaux played their last match against Troyes, in which Troyes scored two goals in the match and defended their post well to keep Bordeaux from scoring. The match ended with 0-2 FT score.

PSG is unrivalled in their position as the top team of Ligue 1. They are 13 points ahead of the second position, Nice. The team has earned 63 points from their matches so far. From the last ten matches, PSG has scored in nine of the last ten matches and has earned wins in six of them. The team will look to make up for their loss in the last match with a win in this match.

Bordeaux has played poorly in their matches throughout the season, securing wins in only four of the matches in the season. Currently, the team is winless in the last five matches as well. The team needs to improve their performance and earn more wins if they wish to escape the relegation zone. They are placed dead last on the league table with only 22 points.

PSG has played well in their matches and has earned their position at the top of the league table. We can see a clear distinction between the teams in both performance and points. Bordeaux has not won in their last five matches and will have a tough time against an opponent such as PSG.

PSG has played well in their home matches and has won consecutively in their last five matches while Bordeaux has not. They are winless in the last four away matches.

So, the match is most likely to end in a win for PSG. PSG also has a good chance in getting a clean sheet in this match as well.