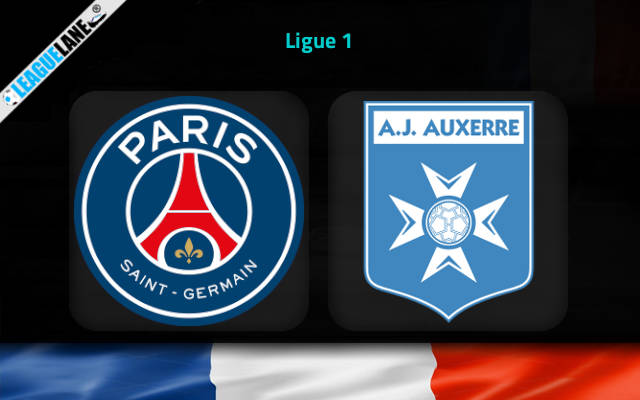 PSG survived a tough Lorient test last weekend to stay five points clear at the top of the Ligue 1 standings after a 1-2 victory on the road.

Les Parisiens now have 12 wins and 2 draws in 14 league games this term and they will have a nice chance to improve this impressive record in the first match of Sunday’s Ligue 1 schedule against newly-promoted Auxerre.

This is a proper mismatch between the richest and one of the most budget-modest teams in the elite tier of French football.

PSG are obviously enormous favorites despite the fact they will once again miss Lionel Messi who skipped the mentioned win at Lorient through a slight injury.

We doubt head coach Chris Galtier will risk the Argentinean superstar before the World Cup in Qatar.

Neymar starred last weekend with a goal and an assist in the 1-2 win over Lorient. He is now the team’s joint top-scorer together with Kylian Mbappe (11 goals apiece).

Auxerre, who returned to the top flight after one decade, managed to collect four points in the previous two rounds.

They took advantage of the easier schedule to beat Ajaccio 1-0 at home and hold Troyes to a 1-1 draw on the road in the process.

Nevertheless, Chris Pellissier’s men do not have much to hope for here at Parc des Princes having lost five of seven league matches on the road this season.

The gulf in quality between these two teams is massive and we expect the hosts to ease to another convincing victory on Sunday.