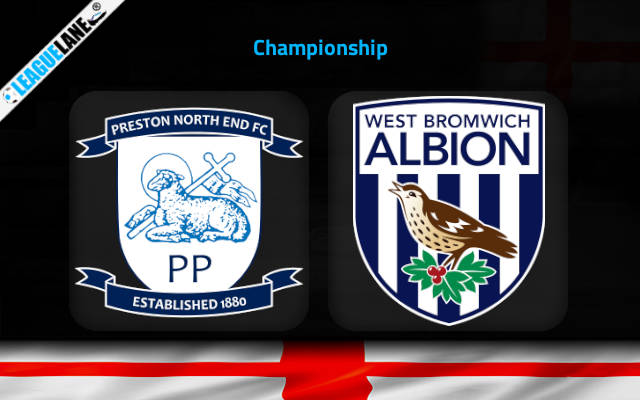 Preston take on West Brom in the Championship clash on Wednesday at Deepdale.

West Brom finished in the mid-table position of the Championship table past season. They had to settle for a 12th-place finish in the league table, and were trailing just seven points below the cut-off.

Going on, West Brom is struggling to post points on the board. They were winless in 9 of the past 10 overall fixtures and had gone on a separate 7-fixture winless streak in the process.

Meanwhile, Preston had to settle for a mid-table finish in the Championship table last season.

Preston finished 14th in the league table and was trailing just 11 points below the cut-off. This seems to have left a mark on them, as the team has started their new campaign with an unbeaten consistency and maintained the same till the past fortnight.

They are on a 4-fixture winless streak at the moment. Their offensive line find the back of the net just once in the past 4 fixtures.

On top of that they rather have an inferior head to head record against this opponent for the past several years.

By the looks of things, we expect a tight encounter on Wednesday at Deepdale.

The Lilywhites are yet to record a win in front of their home crowd so far this season.

On the other hand, West Brom had managed to evade a defeat in 4 of the past 5 on the road fixtures in this season. Anyways, they are also going winless on the road.

However, West Brom looks slightly better when compared with this Preston. We therefore back the Draw No Bet option in favour of the visiting side West Brom.