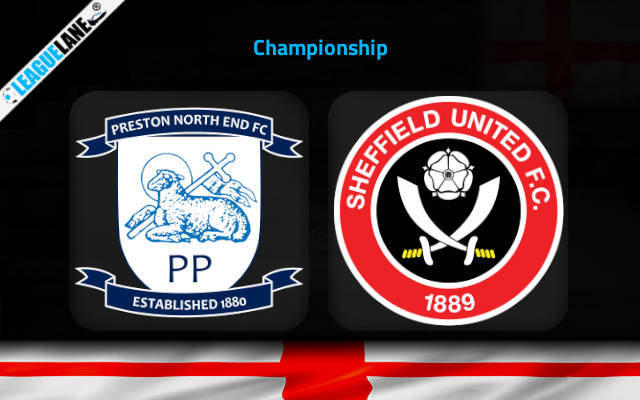 Table-topping Sheffield United will test Preston’s backline at Deepdale this weekend. Both teams are having excellent defensive records this season.

The visitors have lost only a single game in the Championship. They made an incredible comeback last time against Swansea. Reda Khadra scored the winning goal in the 94th minute of that game.

They’ve also kept clean sheets in four of their last five league fixtures. Sheffield is capable of breaking Preston’s backline as they have scored the most number of goals this season.

In the EFL Championship this season, the team led by Ryan Lowe have conceded the least number of goals.

In their most recent league outing, the host managed to hold Burnley by 1-1. Jordan Storey scored the equalizing goal in the fifteenth minute of that game. Moreover, the team have drawn six times in the last nine league outings.

Their last league defeat was against Birmingham. They are currently in the twelfth position on the table.

Manager Paul Heckingbottom is full of optimism. In the EFL Championship, his team are on a three-game winning streak.

By the looks of things, we can expect Paul Heckingbottom and his men to comfortably win this fixture. Moreover, the Lilywhites have scored only three goals in this campaign.

It is worth knowing that the visitors are on a three-game winning streak. Also, they have scored seven goals in their last three matches.

Sheffield United have netted once after the 70th minute in each of their last three Championship games.

The host could make it into the top four of the table if they manage to cause an upset for Sheffield United. Do note that the Lilywhites are winless in their last two league outings.

Therefore, our prediction is that be Correct Score will be Sheffield United 2-1 – at 9.50 odd. This is after considering that Sheffield have scored two goals in the last three meetings against the host.

Also, our next tip for this game is that Both Teams to Score – at 1.90 odd. The two clubs have scored in the last two consecutive head-to-head fixtures.