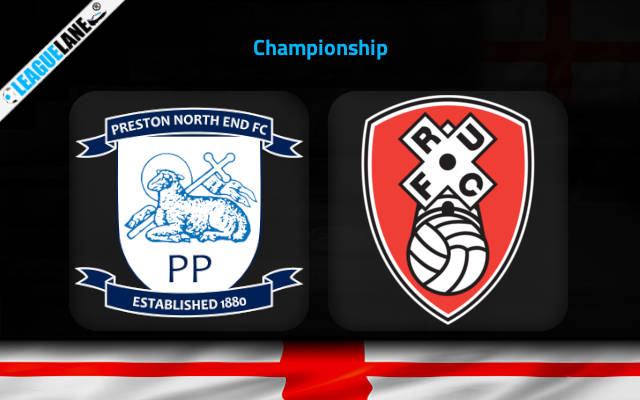 Preston North End versus Rotherham United offers an exciting clash for neutrals with both teams starting the 2022/23 campaign In a promising fashion.

After three rounds, Preston remain one of the 7 unbeaten teams. But it took them until last weekend in the trip to Luton Town to register a win.

The back-to-back draws against Wigan and Hull City at the start of the season points to their defensive resilience and they come to this fixture as the only team to concede a goal in the league so far.

Coming back to their familiar turf, Preston fans can be optimistic for this fixture with the team finishing last season as one of the toughest to beat at home. They lost just 3 of the 23 and only promoted Bournemouth lost fewer games at home.

Meanwhile, Rotherham were able to gain early ground after earning automatic promotion from League one last season. After the 1-1 draw against Swansea in the season opener, they went all guns blazing and crushed Reading 4-0 to register the first win of the season.

The Millers had their away match at Coventry City postponed due to the poor state of pitch used for commonwealth games.

In the 2020/21 season, Rotherham were relegated from the Championship. But the home and away 2-1 victories against Preston was one of the rare positives.

This fixture has a history of producing close results and we are expecting a similar battle with both teams starting the season with confidence.

I will recommend going with both teams to score as the top pick of this Championship fixture between Preston and Rotherham. There is enough confidence in backing this with six meetings between the sides at this stadium from 2014 producing the same.