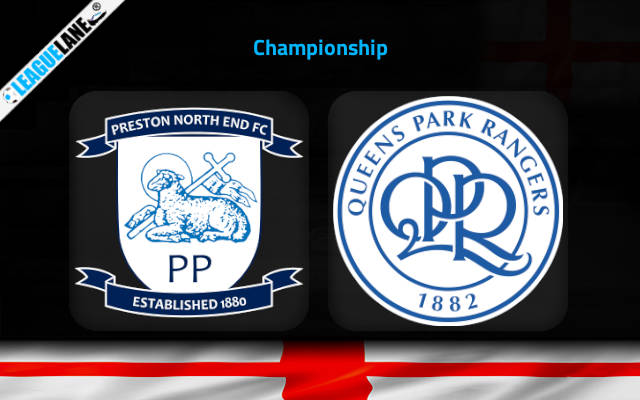 Preston vs QPR Predictions and Free Tips from our expert tipsters when the teams go head-to-head in Championship on Saturday, 17 December 2022.

QPR are going through a major downfall in the league. They are on a four-game losing streak, even the teams that are in the relegation zone have a better form. They lost to league leaders Burnley in their last league outing.

On the other hand, Preston celebrated a huge 4-1 victory against one of the top teams in the league. Despite being labelled as a defensive team, the team led by Ryan Lowe managed to score four goals against Blackburn.

The host won when these two teams went head-to-head back in April this year. Moreover, they are unbeaten in three of the last four overall meetings.

The host also have a solid unbeaten record at their home stadium against QPR. They are unbeaten since 2001, with just one exception.

Who will win the match between Preston and QPR?

We are backing Preston to take all three points from this game. They are the heavy favourites to win as they have played well at their home against QPR.

Another reason is that the visitors have not won an away fixture since October. Do also note that they are on a four-game losing streak as well.

In recent times, this fixture has been a high-scoring one. We can expect over 2.5 goals combined. Do also note that the host will head into this fixture following their 4-1 victory over Blackburn.

Both teams are in decent goal-scoring form. They have scored in the last two consecutive head-to-head meetings. We can expect this trend to continue.

You can back the following, as our first tip is that Preston will win this game – the odd for this tip will be at 2.30 odd. They are unbeaten in five of the last six head-to-head meetings at Deepdale.

Our second tip is that Over 2.5 goals with both teams to score – at 2.50. Both teams have scored a combined total of eight goals in their last two meetings.