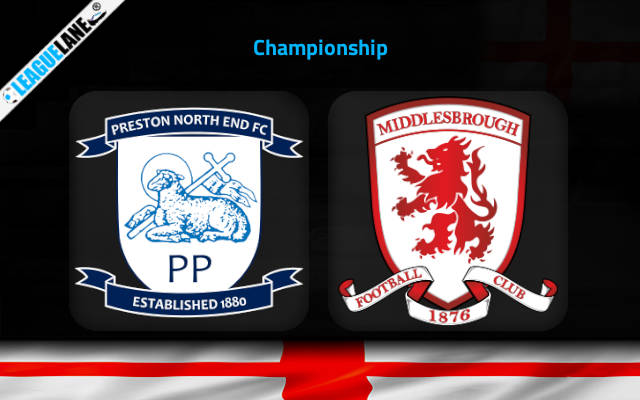 Preston’s rock-solid defence that kept seven consecutive clean sheets since the start of the campaign is now a distant memory. They will host Middlesbrough at Deepdale this week for an important fixture.

A heavy 4-2 defeat against Blackpool has halted the hosts’ chance to enter the top ten on the table. This is the first time they have lost by conceding four goals.

Manager Ryan Lowe is unable to accept that his team lost by such a huge margin. Do note that they are considered as the best defensive team in the league. Till now, this is their fifth defeat of the season.

At the same time, the visitors picked an important victory over Wigan Athletic recently. In that huge 4-1 victory, four different players found the back of the net. However, they could not produce the same result when they faced Huddersfield most recently. This result puts them at the seventeenth position on the table.

It is important to mention that Leo Percovich’s team have lost 43% of their games this season.

The visitors will have a difficult game this week as the just appointed Michael Carrick as their new boss. He will need time to adapt to this team’s current situation.

Our first tip for this match is that Preston will score Over 2.5 goals – the odd for this tip will be at 8.00. In the last two victories at Deepdale, the host have scored at least three goals against this team. Hence we can easily bet on this trend to keep up.

Moreover, our next tip for this game is that Both Teams to Score – the odd for this tip will be at 1.90. Since 2021 both teams have met two times, and they have scored a combined total of eight goals.