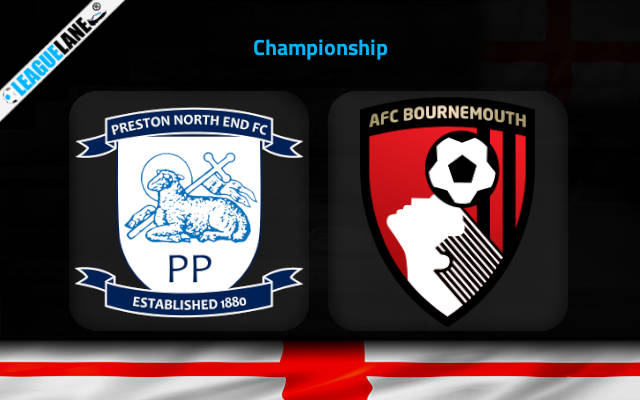 Game week 36 of Championship brings us the match between Preston North End and AFC Bournemouth on Saturday at Preston.

Preston had hoped for a win in their last match when they netted a penalty in the 89’minute against Coventry City. But their hopes didn’t last long as Coventry scored a goal in the 90’minute and levelled the scoreboard. The match ended with 1-1 FT score.

Bournemouth has added yet another win to their tally after the last match. Two goals in the last ten minutes by Bournemouth overturned the match in their favour, ending the game in a win for Bournemouth with 2-1 FT score.

The Lilywhites have not been in their best form recently. The team is having some trouble in finding wins in their recent matches. From the last ten matches, the team has scored in six matches but could find wins only three of them. The team is placed twelfth on the league table, with 47 points from their matches.

The Cherries have played well in their matches throughout the season. Their strong form has helped the team to make their way up the table to the second position on the league table. They have earned 61 points from their matches so far. They are currently on a win-streak which has lasted for four consecutive matches.

Bournemouth has played well in their matches throughout the season, while Preston has not had their best time recently. Bournemouth’s strong form makes them a formidable opponent for Preston. Cherries are on a win-streak for the last four matches while Preston is on a 3-game cold streak.

Even Preston’s recent home matches have not produced the results the team had hoped for. They have not won in their last six home matches, putting them at a disadvantage. Bournemouth has played moderately well in their away matches, securing wins in three of the recent matches.

Looking at the performances, Bournemouth is more likely to secure the win in the match than Preston. They have scored most of their goals in the second half of the matches. Both teams have the tendency to score in their matches, so we can expect the match to end with over 2.5 goals as well.