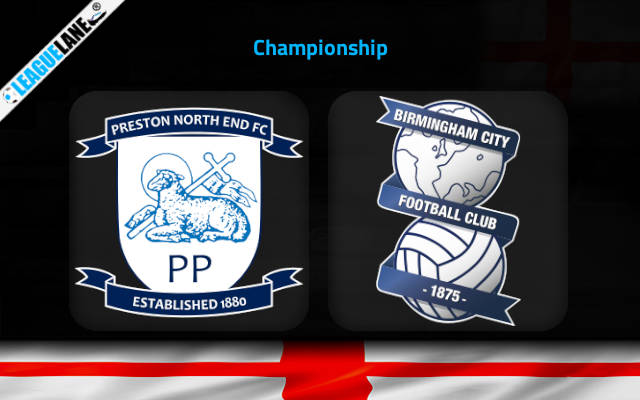 Manager Ryan Lowe will be very pleased to find out that his team is unbeaten in the league so far. Preston will try to keep this trend going as they will host bottom-side club Birmingham this Saturday in what is going to be an early kick-off.

The Lilywhites are one of the best teams in the league so far. The defenders have played a huge role in this success. It is very important to understand that Ryan Lowe’s side has not even conceded a single goal in their opening seven games in the Championship.

Moreover, the recent form shows that the Lilywhites are unbeaten in their last five league outings. In their most recent game, they managed to beat bottom-most side Coventry. Connecting all these dots we can clearly understand that Birmingham will have a difficult trip to Deepdale.

Meanwhile, the visitors are at the 22nd position in the league table. They are on a three-game losing streak. John Eustace’s side was very close to settling for a point in their most recent game. However, Norwich City player Onel Hernandez scored the winning goal in the 93rd minute.

It also needs to be noted, that the Blues only managed to score a total of two goals in their last four league games. Therefore, manager John Eustace will have to make the necessary changes in his starting eleven to at least fight for a point in this upcoming game.

This fixture is going to be very crucial for Ryan Lowe and his men this season as a win will take them to the top of the league.

Preston are having a great season this year, hence they will most probably win this game at full time. Their excellent record in the league will likely continue against a weak Birmingham side.

Do also note that the Blues are on a three-game losing streak in the league, also they are winless in the last three encounters against Ryan Lowe’s team.

Our prediction is that Preston will win this match – the odd for this tip will be at 1.66. This is considering their unbeaten status in the league.

Moreover, you can also bet on Both Teams to Score bet – the odd for this tip will be at 2.20. Since both teams rarely fail to score.