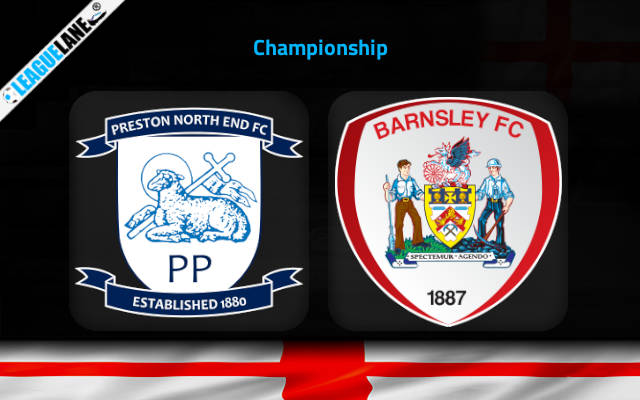 A clash between bottom half teams with Barnsley currently in the red zone at the second last spot. The home side with a recent loss in the previous game look forward to host the visitors at Deepdale thinking nothing more than a win this Saturday. However, the visitors are in dire need of a win in order to escape from getting relegated.

Preston is at the 18th spot with 25 points in hand. From the 21 matches played they won 6, drew 7 and lost 8. Their goals to conceding ratio stands at 22:27. They had a 1-0 defeat to rivals Blackburn last Saturday while this transcends their first game under new manager Ryan Lowe, who had success at Bury and Plymouth.

The Lilywhites have been scored against in 6 of their previous 6 clashes, shipping 9 goals on the way. Their recent home form is quite questionable, scoring in each of their last 4 league outings at Deepdale but they are without a home win in the past 2 league matches.

The visitors is at the 23rd spot, second last with only 13 points in hand. From the 21 matches played they won only twice while drawing 7. They have the highest number in losses standing at 12. Their conceding numbers is more than twice their scoring amount, standing at 14:32.

Barnsley have been scored against in 5 of their last 6 games, seeing their opponents hit 10 goals in all. Defensively, they have some serious problem to which immediate attention is needed. They have a poor away track record this season losing on 11 occasions.

Although the Tykes have stopped the rot with back-to-back league draws against Peterborough and Huddersfield, they remain non-aggressive in attack. It may take time to create something impressive, but Lowe will certainly have Preston playing on the front foot probably emerging victorious at the end of final whistle at his managerial debut.