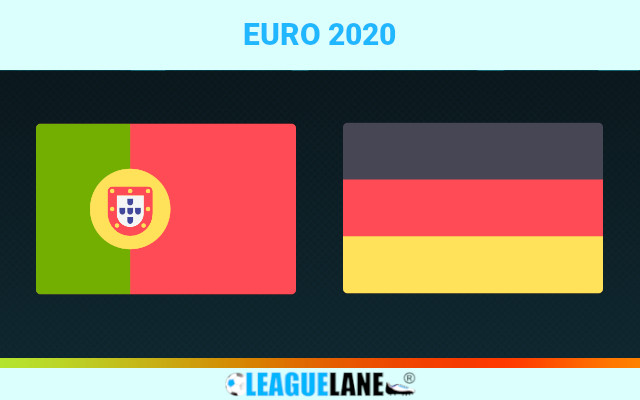 Portugal took their time to finally score against Hungary to save their blushes and that game looked like it was heading for a 0-0 draw.

But the champions came to life in the final quarter of an hour and that included 2 goals by Cristiano Ronaldo as they ran out 3-0 winners in the end.

This win has set Portugal up nicely for their next match where even a draw would not be the worst result especially if France have beaten Hungary in the earlier game.

Germany was considered as one of the teams that could win the Euro’s but they would be in trouble if they were to lose this game. They could possibly squeeze through if they were to finish 3rd but they will not want to make life difficult for themselves and really need to win this game.

Joachim Loew’s side lost against France 1-0 in their opening game of Euro 2020 and so they will be feeling the pressure coming into this game to get victory.

Portugal have gone their last 7 games unbeaten with their last defeat coming against France last November. Notable results have seen a win over Croatia lately and also forcing Spain into a 0-0 draw. The side have scored 7 goals and conceded none in their last two games.

It looks like the same Portuguese side that played against Hungary will start here again. The coach may make changes but at present it won’t be because there are injuries, which is good news for the champions.

Leon Goretzka has a thigh injury and is a doubt again for Germany after missing out on their opening game against France. Jonas Hofmann has a knee injury and is also a doubt presently.

Could this be the end of the road for Germany? The one problem is that coach Joachim Loew did not have a good World Cup and was expected to step down, but he stayed. Many will be wondering if the coach has overstayed his welcome? Are Germany just out of touch now?

Of course history tells us that Germany never give up and in the major tournaments put all of their efforts in but they are in a very hard group and if Portugal attack and show the pace of the game from the beginning we think that the current champions are very good value to win this game.

Everything is in place and this could be a game that is end to end and very attacking, so we do expect to see goals and a lot of opportunities for both sides. But this Portuguese team are full of confidence at this time and we will be backing them to win again at the weekend.