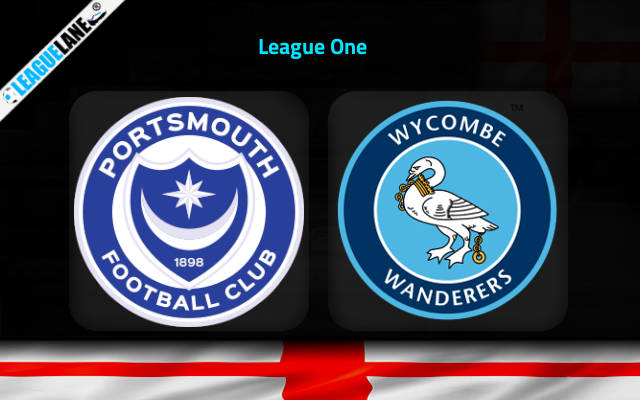 In game week 39 of League One, Portsmouth faces Wycombe Wanderers for their next match on Saturday at Portsmouth.

Wycombe has played well in their recent matches. The team currently has a 4-game unbeaten streak in their hands, which they will hope to keep from breaking. The team now stays 8th on the league table with 65 points.

Wycombe had a narrow win in their match when they faced Fleetwood Town in their last match. The last-minute goal gave Wycombe the much-needed lead, earning them a win in the match. The match ended with 1-0 FT score.

Portsmouth and Wycombe’s recent matches have shown both teams are in the same position when we look at their performance. Both teams have three wins and have one draw and loss from their last five matches.

Portsmouth has the advantage of playing in their home ground where the team has played well. They have an unbeaten streak on the go, which has lasted for over five matches. From all their home matches, the team has only got four wins. Wycombe’s away matches show the team has got mixed results from their matches. However, their win in the last road trip has ended the team’s 3-game cold streak.

I believe the match will end in a win for Portsmouth. Playing in their home ground gives Portsmouth an added advantage. Also, both teams have played well in their recent matches. So, we can expect both to contribute to the scoreboard.