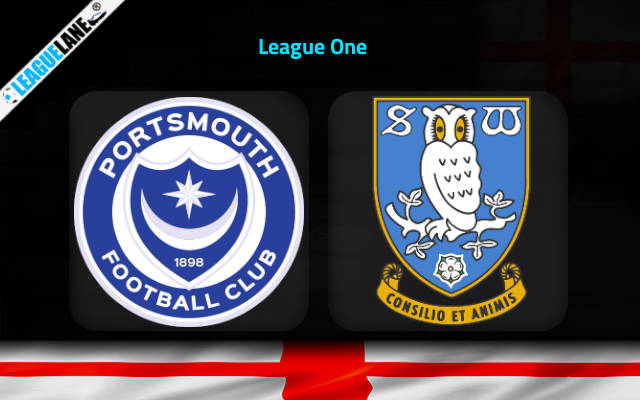 Both the teams are just below one another with a difference in single point. Portsmouth is below Sheffield having won 4 back to back matches. They hopes to do the same this Tuesday as they welcome the visitors to their home at Fratton Park. However, the visitors on gaining confidence from their 10 unbeaten runs in League One, seeks to do more of the same as they approach this upcoming match.

The home team is at the 9th spot with 32 points from 20 matches. They won on 9 occasions while drawing on 5 and the number of losses stands at 6. Their 4 back to back winning streak has outsmarted Gillingham, Lincoln, AFC Wimbledon and Wycombe.

Portsmouth are unbeaten in 7 league games after a stuttering start, but were dumped out of the FA Cup by fourth-tier Harrogate on Saturday. From their last 6 matches, they have netted up a total of 11 during that time with conceding a sum of 2.

The visitors reside just above the hosts at 8th spot having secured 33 points. From the 20 matches played they won 8, drew 9 and lost only 3. They drew the last game against Wycombe by 2-2.

Momentum is really building up for Sheffield Wednesday as they have now gone 10 games without losing. They have scored in the last 6 games they have played on road and are unbeaten in all 6 of them. They however tasted defeat last time out to Hartlepool United at the EFL Trophy.

Pompey’s are unbeaten in 7 League One games, while The Owls are unbeaten in 9. The hosts are in good home form while the guests are performing remarkable at away schedules. These two clubs have never met before domestically, but have faced each other in the English Championship long ago.

Sheffield Wednesday could certainly put a goal past this Portsmouth outfit, but it might not quite be as many as they will have scored against them. A win for home team is the likeliest outcome.