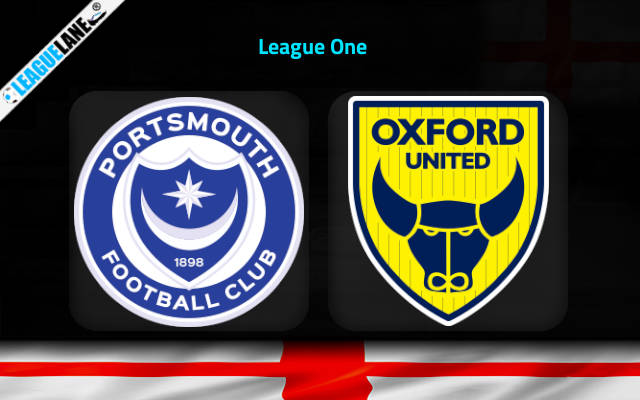 Portsmouth had a narrow win in their last match against Shrewsbury Town. If not for a goal from Louis Clyde William Thompson in the 84’minute, the match would have ended in a draw. Because of the last-minute goal, the match ended with 1-2 FT score.

Oxford United played against Crewe Alexandra in their last match. Oxford United scored a goal in the match, while Crewe could score none. The match ended with 0-1 FT score.

Portsmouth has found their footing in the matches again. The team has now won in their last three matches after the team suffered from a winless streak. The consecutive wins have helped the team to move up the table to the 11th position on the table with 47 points. Pompey will look to keep their streak going with a win in this match.

Oxford has played well in their matches throughout the season and has earned their position as one of the top contenders in League One. Their strong form has helped them stay in the fourth position on the league table with 59 points from their matches. From the last ten matches, the team has scored in eight matches and has found wins in five of them.

The last h2h ended in a win for Oxford with 3-2 FT score.

Portsmouth has not lost in their last five home matches against Oxford united.

Oxford has been consistent in their form from the start of the season, earning them their place in the top half of the league table. Portsmouth has played well recently but has a history of facing hiccup with their form.

Both teams have scored in the first half of the match and can be expected to score so in this match as well. I believe the match is most likely to end in a draw with both teams scoring in the match.