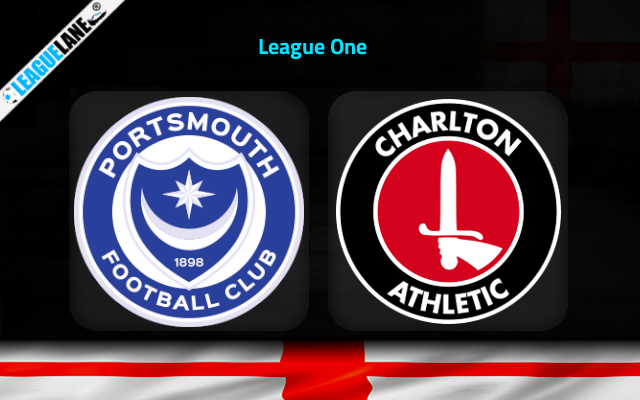 Portsmouth vs Charlton Predictions and Free Tips from our expert tipsters when the teams go head-to-head in the England League One on Sunday, 1 January 2023.

Portsmouth are struggling to return back to the winning track for the last seven games. The latest of those was a disappointing goalless draw recorded against Exeter.

They will be hoping to make things different at home when they play host to Charlton, who are also having the same problem of being winless for seven games in the league.

Charlton can also rely on the recent tradition since they won the last two matches aginst Portsmouth. The latest encounter had ended in a 3-0 win for Charlton.

At this venue, Charlton is having a six-game winning streak against Portsmouth. Portsmouth have not emerged victorious against Charlton at this stadium since 2005.

Who will win the match between Portsmouth vs Charlton?

Portsmouth have recorded a stalemate in five of the last six home outings. On the other side, Charlton are on a two-fixture winless streak on the road but seem to have a better run when compared with Portsmouth.

However, we can’t select a clear winner from the above observations. Since Charlton have an upper hand, we expect a result in favor of them or a draw.

These two teams have recorded fewer than 2.5 goals ft in more than 60% of the matches played in this season. Moreover, three of the last five h2h meetings between these two at this stadium had under 2.5 goals.

In that case, we expect an affair with goals under 2.5 ft at Fratton Park on Sunday.

Neither of these two teams are having a solid defensive side so far in this season. They both could end up leaking one from the other and we can surely expect a both teams scoring scenario here.

Considering all these observations, we like to place Charlton or draw at 1.80 odds as the main bet here.

For the second bet, we like to place the both teams to score option at 1.80 odds.