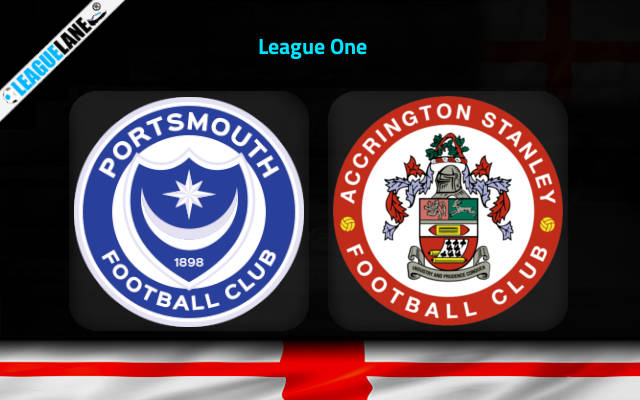 Portsmouth have been second to none in the third division of England in terms of form. If the team manages to keep this form until the end of the season very few could argue against them for a spot in the playoffs.

They emerged as the better team in a five goal thriller in their most recent fixture at home against 4th place team Oxford united as the contest ended with a score line of 3-2. The result marked the 4th win in five league matches for the club, having gone on a six match winless run prior to that.

With just a couple of points dropped during that period, the club is now tenth in the league, eight points behind the 6th place team, with a couple of games in hand over them.

Accrington have been doing enough to stay in the top half of the table, having achieved an 11th place finish last season. With only about a 4th of the season remaining, the club is unlikely to enter in the conversation for the playoffs
.
They were last seen in an eventful five goal fixture at home against Wycombe, where they came back from a deficit to win the contest 3-2, finishing the contest with just ten men.

The result marked the club’s 3rd win in five league games. Losing the other two games from those games, the club is 12th in the league, five points behind their opponents for the weekend.

Stanley are on a four match losing streak, part of a five match winless run of games. They are not likely to challenge for points against a club in fine form.

The previous six games at this venue have witnessed three or more goals. Furthermore, the hosts are known to seldom register clean sheets. Hence at least expect three goals this weekend.